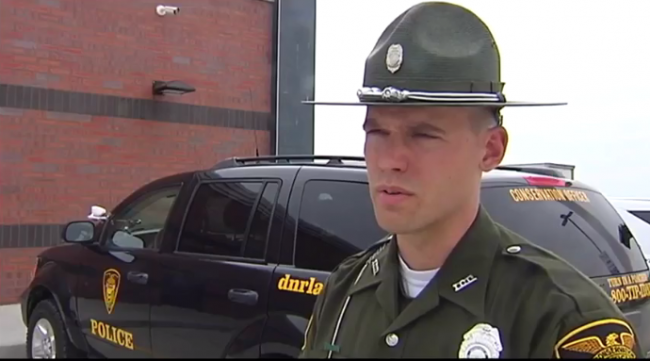 POSEY COUNTY, Ind. (WEHT) — It was as if the life was sucked right out of North Elementary School in Poseyville Tuesday. The hallways were as silent as the playground once played on by seven-year-old Emma Clark.

Clark was riding on the back of an all-terrain vehicle between her mother and another woman Monday, when the ATV flipped over on top of Clark just outside the family’s home on Hidbrader Road in Wadesville, killing her. Neither she, nor the other two women were wearing helmets. The Indiana Department of Natural Resources said the two women didn’t suffer serious injuries.

Even as a kindergartner who wasn’t at North Elementary for long, Clark made a big impression. MacMunn said grief counselors will stay at the school as long as they’re needed.

Details reveled by the Indiana Department of Natural resources beg the question: could Clark’s death have been avoided?

“If you allow your child to ride an ATV without a helmet, you’re putting their life in danger,” DNR officer Matt Clark said. “The vehicle that they were on is not designed for having three people on it. A young girl like her or any young person should be on a smaller sized vehicle.”

Beyond that, Officer Clark said the ATV was riding where it shouldn’t have been.

“These are off-road vehicles for a reason, because they are intended for off-road use,” Officer Clark said. “Although it may not be illegal, they’re not designed for road travel.”