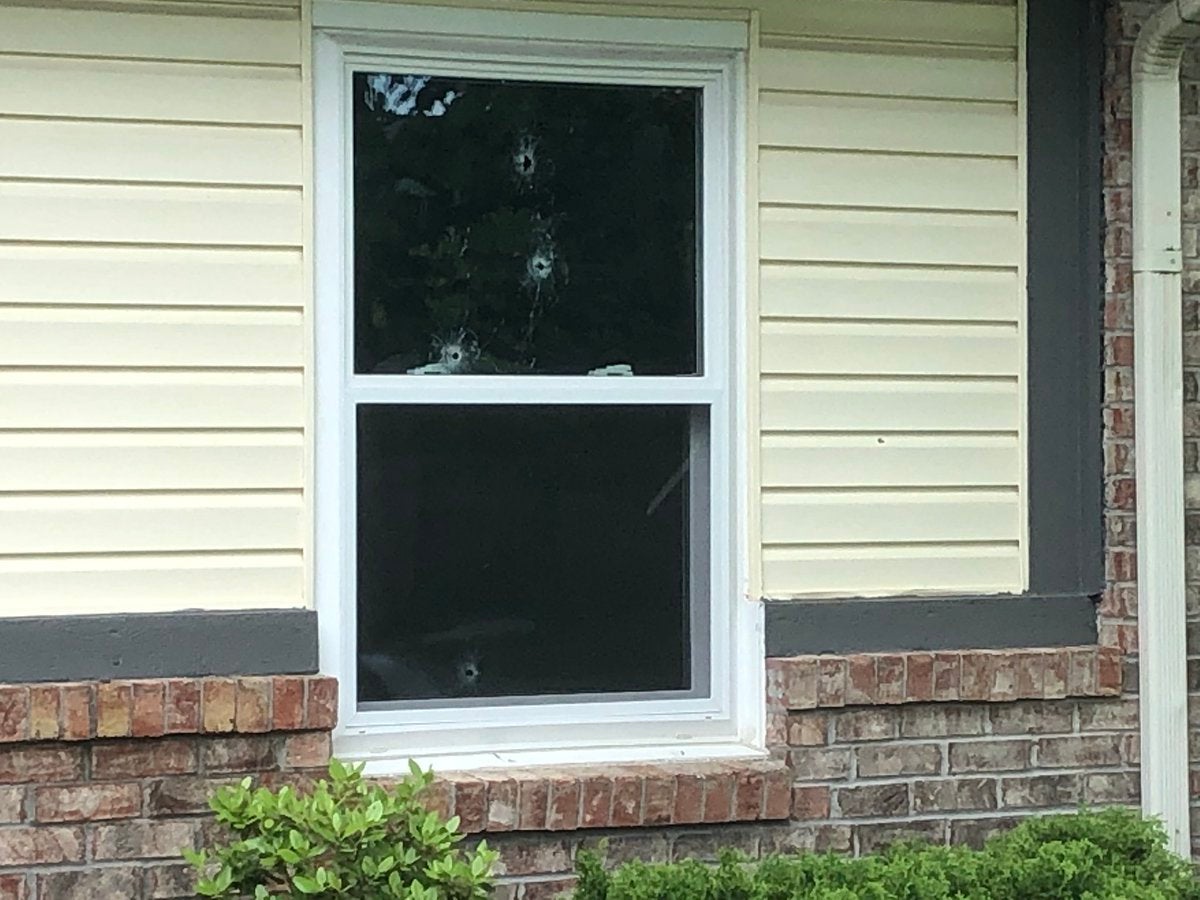 INDIANAPOLIS (WISH) — Police are looking for eight people who they believe shot more than 70 bullets into a home where an assistant to the Indianapolis Colts head coach lives.

Nobody was inside when gunfire around 6:15 p.m. Sunday hit the house on Cressmoor Court, and no one was injured. Police on Monday did not name the person who lives at the house but confirmed the person was an employee with the Colts organization.

“The homeowner would like the media to respect their privacy and please not contact them at their residence or thru the Colts,” said a Monday afternoon email from Michael Hewitt, a spokesman for Indianapolis Metropolitan Police Department. “All questions are being referred to IMPD, this is still an active investigation and the detective is asking for space to work.”

News 8 spoke with neighbors who saw it all happen.

Investigators not only found bullet casings in and around the home but also a cellphone belonging to one of the suspects. It had been dropped in the street, according to police.

Police on Monday did not say why the group of men pulled up outside the residence and started shooting.

“Who would have thought on Mother’s Day that somebody is that mad at something? You know?” said neighbor Craig Worland.

Police were still picking up shell casings and other evidence after more than 70 shots on Monday.

Another neighbor saw the cars pull up.

“I was just standing there looking out the window and I saw these two cars pull up. four guys got out of each one,” said neighbor Jane Kreighbaum.

At first Kreighbaum said she wasn’t sure what was going on.

“And then pretty soon, they just pulled out a gun and just started shooting,” she said.

The suspects also kicked in the back door and shot inside the home. Some shots landed in the street and hit neighbors’ houses.

“You can see, I had brass in my flower beds. I had some brass bullet holes in the side of my house, and I have one that went through and blew out dry wall on the inside of my garage,” said Worland.

As police investigate exactly what happened, neighbors were shocked to hear just how many bullets flew by their homes.

The sound of more than 70 rounds is one neighbors who have lived in the area for more than 20 years said they’ve never heard before.

“I was scared. I have never seen anything like that, and it was so loud,” said Kreighbaum.

They want to make sure they’re ready if something like this ever happens again.

“First thing that came out of my mouth this morning when I woke up was, ‘We are getting cameras,'” said Worland.

Police say they are looking for eight male suspects.

According to a witness, two sedans, one white and one black or dark gray, pulled up to the front of the house. Police spoke to witnesses who said the eight male suspects were in three cars.

Anyone with information about this incident is asked to call Crime Stoppers at 317-262-TIPS.