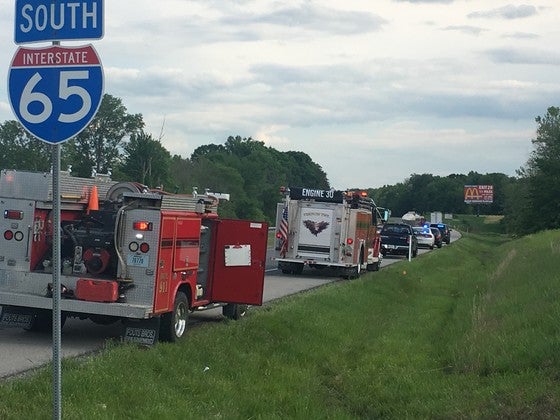 Police were called about 5 p.m. on the single-vehicle crash on I-65 about a mile south of State Road 250 exit for Uniontown in Jackson County.

Carr was driving south on I-65 when his 2005 Ford truck went off the west side of the interstate, hit an embankment and rolled over before stopping in a field.

All lanes of I-65 remained open during the crash investigation and cleanup.