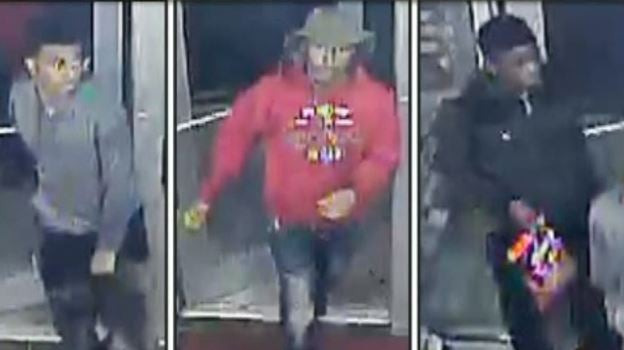 INDIANAPOLIS (WISH) — Indianapolis police are investigating after a 79-year-old woman was attacked inside her home last month.

IMPD put out a picture this week of three teens huddled around an ATM at an east side gas station. According to police, the teens are wanted for questioning in a violent home invasion.

According to IMPD, intruders busted a sliding glass door of a home in late August. Once inside, the suspects attacked a 79-year-old woman with her walker. The suspects grabbed a TV and the victim’s purse and ran out the door. A neighbor nearby heard the glass shatter and called 911. Responding officers found the victim in her own blood as she sat in her house.

Neighbors describe the victim as a sweet woman who is often seen around her house with a walker. After learning about the attack one neighbor tells 24-Hour News 8 that she will remain watchful.

“I don’t sit in the bed [and] shiver and shake because I’m going to get broken into. I just ask the Lord to keep this house safe, I can’t do it by myself,” an unidentified neighbor said.

Police say the woman suffered several cuts to the head, but her condition has not been released.

If you have any information on the incident, call Crime Stoppers at 262-TIPS (8477).