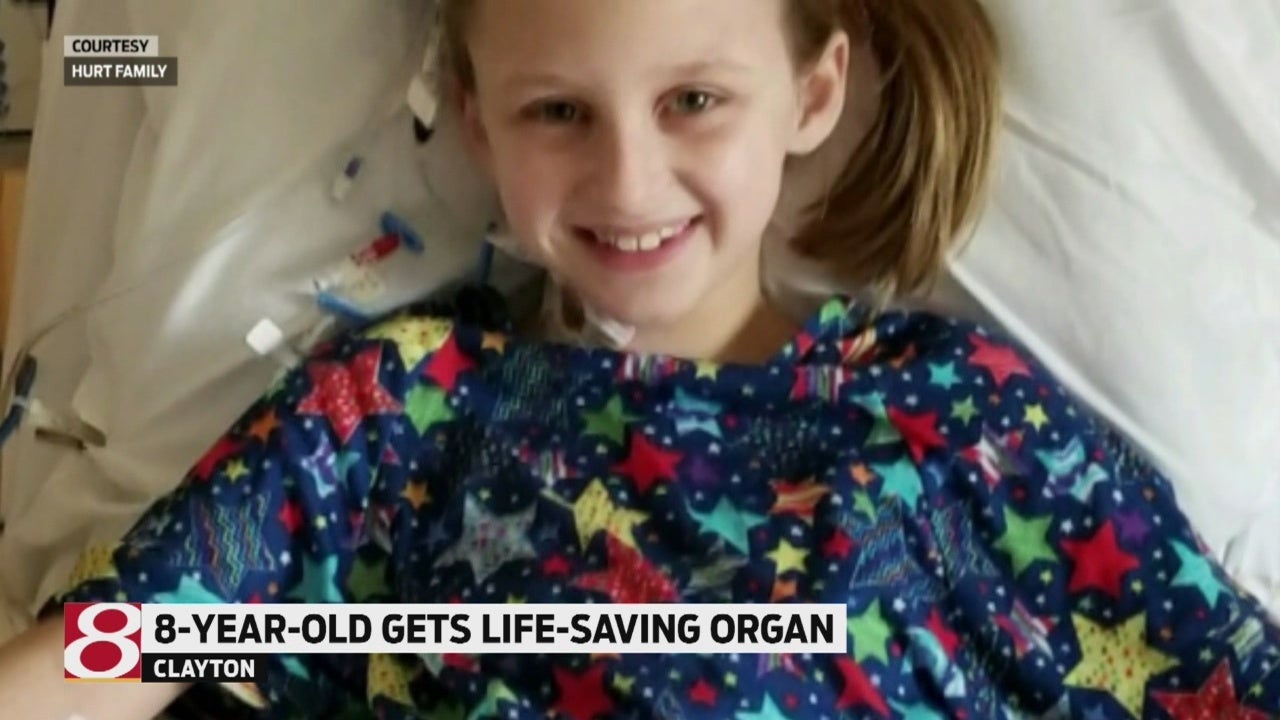 CLAYTON, Ind. (WISH) – A central Indiana mother is an advocate for everyone to become an organ donor after her daughter recently received a life-saving organ donation.

Willow Allen, 8, was born with Biliary Atresia.  That is a condition where the bile ducts do not form properly and do not rid the body of toxins like it should.

Her condition took a turn for the worse back in December. That was when a mass was found in her liver and she was experiencing extreme itching, a sign her liver was failing. Her mother Nicki Hurt said her daughter would wake up in the middle of the night bleeding from the itching.

“She was declining. Her itching got really bad. We took her in and she had a mass in her liver.
She was getting one to two hours of sleep at most at night. The itching was just unbearable for her,” Hurt said.

She was added to the liver transplant waiting list in February. After only nine days, she got her transplant.

“The way that the organs are allocated, in particular the liver, whoever it is who’s the sickest, we have a scoring system, gets the next liver,” said her doctor, Richard Mangus, who is also the Surgical Director of Liver Transplants at Riley Hospital for Children at IU Health.

Mangus said Willow’s itching symptoms went away almost immediately after the new organ was put in her body.

“Children with this disease will almost always need a transplant at some point. Sometimes when you go into liver failure you start to have swelling, you can have bleeding, you can have things like that. For Willow, it was unusual because she had the itching all over,” he added.

Now that Hurt’s daughter has had her life changed forever, she is a major advocate of organ donation.

“It’s an emotional roller coaster when you get that call that there is a liver available because someone has lost a loved one and they’re grieving but you have a loved one that needs the life-saving organ. It’s a gift and her life has changed forever,” she said.

Riley staff said there are about 19 children on the waiting list in Indiana who need an organ donation.

“It’s really important that each individual signs up to be a donor because you never know if something’s going to happen. We desperately need them and we need them that size because that’s what fits into the children,” Mangus said.