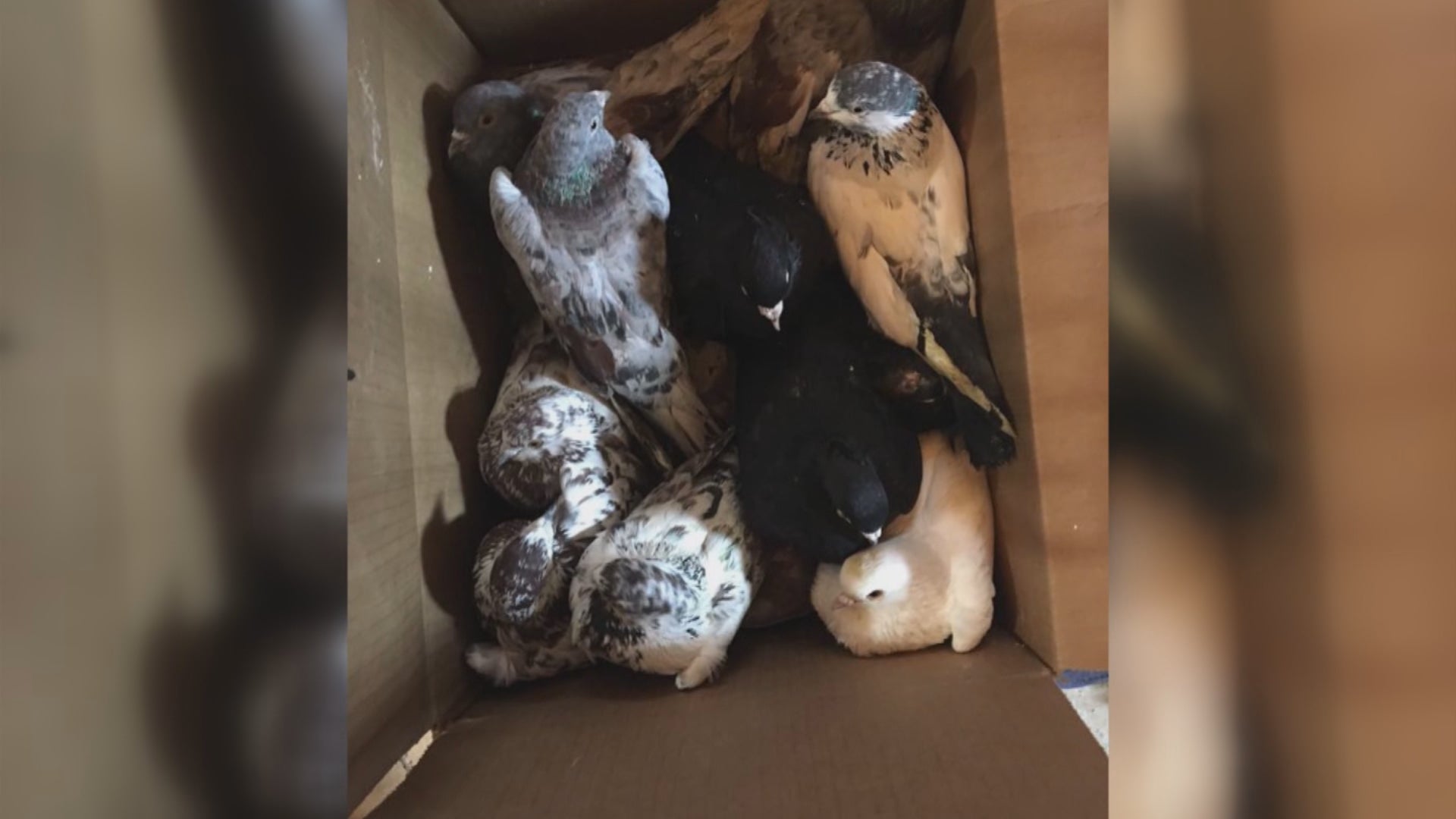 WOLCOTT, Ind. (WLFI) — Wildlife rehabilitation experts said 88 more pigeons were found at an Interstate 65 rest stop where 57 others were dumped in December.

Hoover was notified Feb. 28 of the dumping. An attendant at the White County rest stop on northbound I-65 called her. Hoover said nine boxes, identical to those found in December, were filled with pigeons in a dumpster. Four of the 88 pigeons were found dead, Hoover said.

The discovery now makes 145 pigeons found dumped in the same dumpster. Indiana State Police on Dec. 10 recovered 57 pigeons. Hoover never thought she would see another situation such as this again.

“I thought it was a rare act, never happen again, once-in-a-lifetime. As heart-wrenching as it was then, it happens to months later and you’re like ‘Really?'” she said.

Unlike the December discovery where the birds were buried in the dumpster, this flock was found on top of trash. Hoover said they likely were dumped overnight between Feb. 27 and Feb. 28.

“They’re gorgeous birds,” Hoover said. “These are some of the prettiest pigeons I’ve ever seen. It just stinks.”

She said pigeon enthusiasts reached out to her and helped fill in some of the blanks. The pigeons found in the dumpster are Parlor Roller pigeons. They are bred for their ability to somersault on the ground. People roll them on the ground in competitions to see how far they can go.

There are pigeon clubs who compete with these birds humanely, but Hoover said she believes these dumpster pigeons were part of an illegal gambling ring and were abused. She said both times she came to rescue the birds, they had parasites on them and the boxes they were in did not have breathing holes.

“There’s a lot of money being made and I am told that this fellow could care less about fines because he knows they won’t get in trouble,” she said.

Hoover said the birds found recently had the same tags on them as the ones found in December. The tags had the name and phone number of a Dublin, Ohio, man. WLFI attempted to make calls to the number provided and it has been disconnected.  The fact that the man is located out of state is causing problems for who is responsible to help.

“The animal control of Dublin, Ohio, which is where they come from, says they were dumped in Indiana, and Indiana is like, ‘Well, they came from Ohio,'” Hoover said.

Hoover said she is worried that this has happened at this rest stop other times but, unfortunately, those birds were not found in time. She suggested the rest stop get security cameras, but found out that the state won’t fund it.

Wildlife centers in Valparaiso and Illinois took a majority of the birds from Hoover. She has 11 left in her care. She said she has received offers of help from other people as well, for which she is thankful.

So, what’s next for the birds?

“They have got to get their health up and hopefully then adopted out,” she said. “They are trying to find people who understand the birds, and you don’t want them to go back into the same situation they came from.”