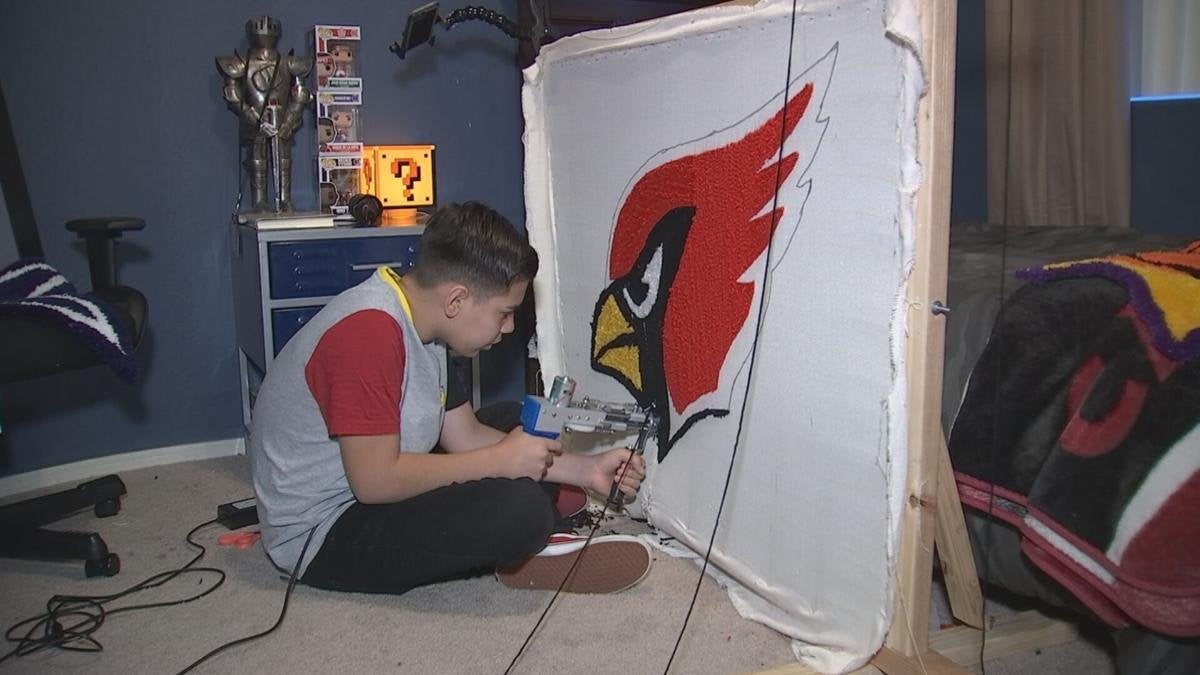 PHOENIX (KTVK, KPHO) — A Laveen, Arizona, eighth-grader is working to pay his own way so he can go on a school field trip.

What started to make a couple of extra bucks turned into a small business for the teen.

It’s a long and meticulous process for Angel Gonzalez. “You go to look at every little line, make sure nothing is missing,” Gonzalez said.

The Paseo Pointe School student bought all the tools himself and figured he could make some money for an upcoming school trip.

But it beats helping at his dad’s barbershop for making some cash. This teenager first learned how to make custom rugs from his father showing him a TikTok video. The Paseo Pointe School student bought all the tools himself and figured he could make some money for an upcoming school trip to Washington, D.C. His mom, Lilly Gastelum, said it will cost more than $2,000. “We told him we would help him out, but he actually surprised us when he wanted to work for it,” said Gastelum.

Gonzalez got to work, making his first four rugs ranging from $35-$50. His mom thought she’d help by posting her son’s work on a community Facebook page. “We’d thought we’d get three to five orders, mostly family members and friends, but no, it blew up,” Gastelum said.

She said she’s received hundreds of requests, mostly asking for a custom rug of an NFL or NBA team logo. She knows it might violate licensing. “Please don’t sue us,” Gastelum said while laughing.” We are just trying to get a kid to Washington.”

He gets mostly requests for custom rugs of an NFL or NBA team logo.

So far, Gonzalez has made $125. He has a long way to go until he works for the May trip to the nation’s Capitol. It’s an exhausting process that won’t get any easier, any less detail-oriented, but he said it’s worth it, not only to get to D.C. but to see the finished product someone else will enjoy. “It gets a little tiring, but it feels good at the end you have a whole carpet,” said Gonzalez.