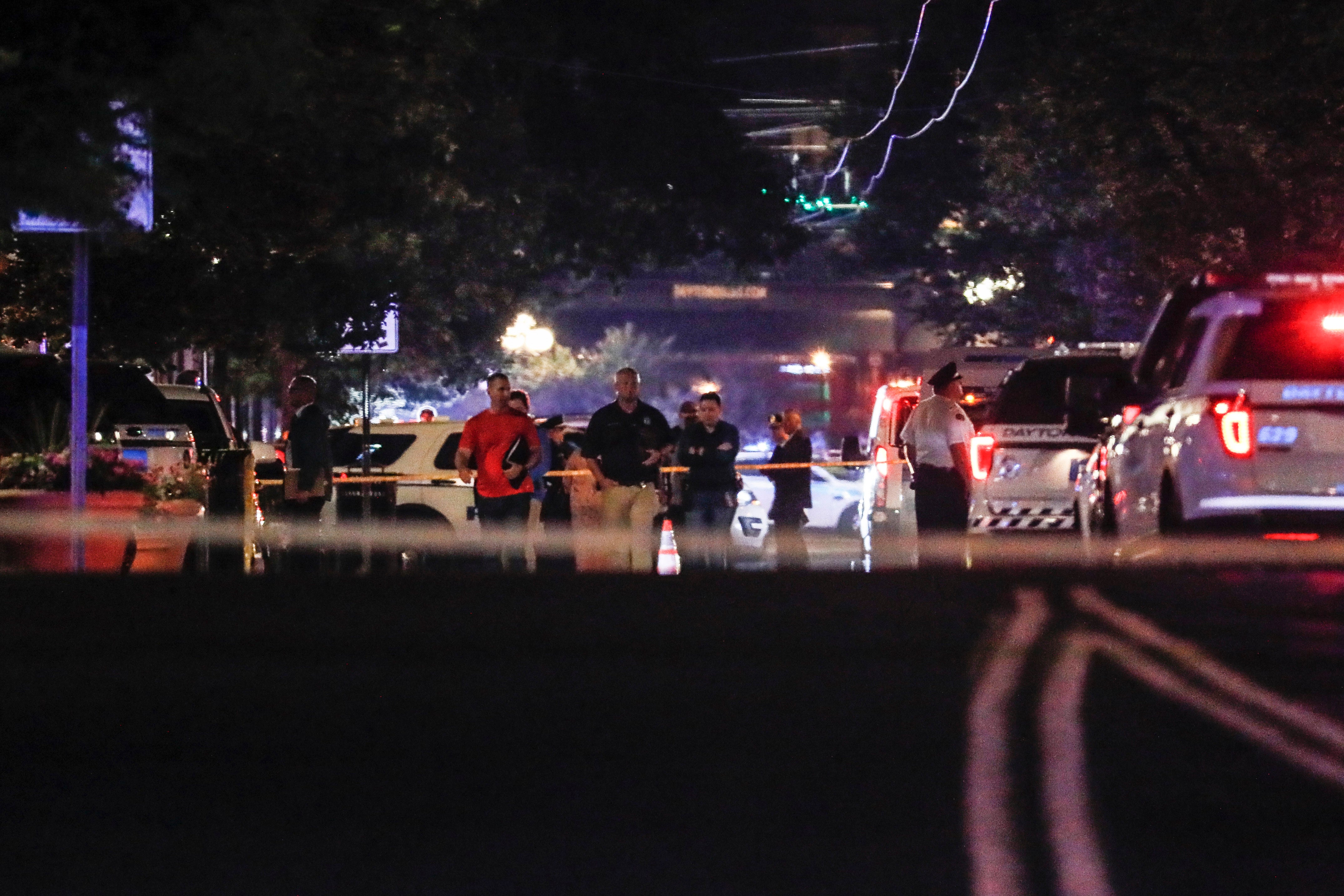 The shooting happened just after 1 a.m. in the 400 block of East Fifth St. Police say 26 people were injured and taken to area hospitals in unknown conditions.

Police believe there was only one shooter, and have not yet identified the suspect or a motive. The suspect used a .223 caliber rifle and fired multiple rounds.

“Fortunately, we had multiple officers in the immediate vicinity when the incident started. There was a very short timeline of violence. For that, we are very fortunate,” Carper said.

Police are still working to identify the suspect and do not have any information about a possible motive.

President Trump tweeted Sunday morning about the shootings in both Dayton and El Paso, Texas.

Gov. Mike DeWine issued the following statement about the mass shooting just before 7 a.m. on Sunday.

“Fran and I are absolutely heartbroken over the horrible attack that occurred this morning in Dayton. We join those across Ohio and this country in offering our prayers to victims and their families. I have spoken with Mayor Nan Whaley and offered any assistance on behalf of the state. I have been briefed by the Ohio Department of Public Safety, and the Ohio State Highway Patrol has offered assistance to local law enforcement as they investigate this heinous act. I commend Dayton Police and other first responders for their bravery and quick response to save lives and bring an end to this tragedy.”

Gov. DeWine ordered flags in Ohio to remain at half-mast in honor and memory of the victims who lost their lives Sunday morning.

According to a Kettering Medical Center spokesperson, 13 victims are being treated at Kettering Hospitals, nine of those are at Grandview Medical Center. Most of the victims suffered gunshot wounds to the lower body. Two people have been treated and released.

“This is extremely unusual, obviously, for any community, let alone Dayton,” Carper said. “In our Oregon District, this is unheard of.”