9 displaced after apartment fire on north side 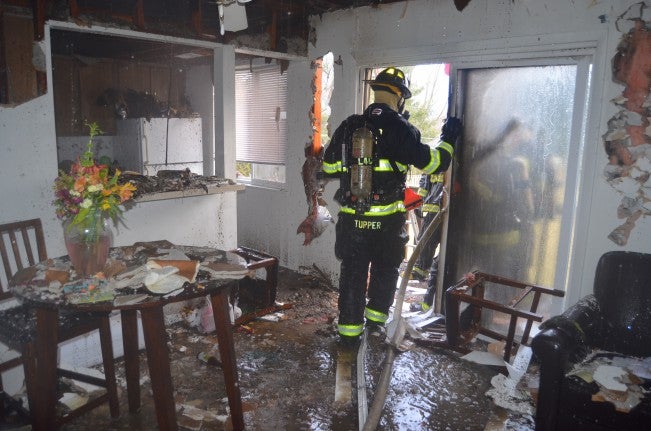 Indianapolis Fire Department crews were called to the scene just before 4 p.m., by the occupant of an upstairs apartment, who was awakened by the smell of smoke.

The man, who lives in the smoke-filled apartment with his girlfriend, was met at the front door of his apartment by firefighters, who helped him from the building.

The estimated damage to the building is $150,000, IFD says. It is unclear whether there were working smoke detectors in the apartment.

The displaced families will be assisted in finding temporary shelter through building management and the American Red Cross.

One person was treated for minor injuries at the scene. The cause of the fire remains under investigation.