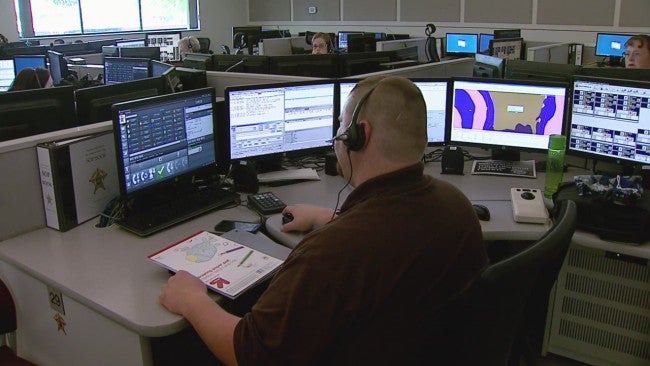 INDIANAPOLIS (WISH) — Shortly after an EF-1 tornado touched down on the southeast side Saturday night calls began flooding into Marion County 911 Dispatch Center.

Two homes were damaged during the tornado. The homes were near Southeastern Avenue and Irvington Avenue.

Dispatchers received 101 calls within an hour of the tornado touching down.

Dispatchers handled the calls while still trying to maintain emergencies being reported in other areas of the county.

Supervisors and radio operators stepped in to help dispatchers during the high volume of calls.

“We were able to minimize the folks that had to wait to call 911,” said Major Michael Hubbs, with the Marion County Sherriff’s Department.

Currently the department handles about 6,000 calls per day and over 1.3 million calls per year.