92-year-old man severly beaten, told to ‘go back’ to his country 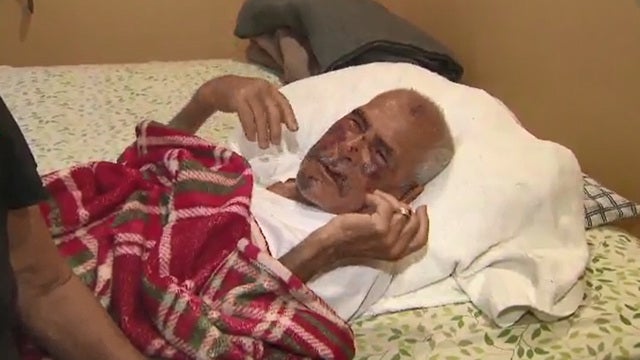 LOS ANGELES (AP) — Los Angeles authorities are searching for several suspects in the beating of a 92-year-old man out for a walk on the Fourth of July.

Eyewitness video aired by KABC-TV shows the man on the ground moments after the attack, dazed and with blood streaming down his face.

The woman who took the video says he was struck with a piece of concrete several times in the head.

Investigators say the assault happened as Rodolfo Rodriguez passed a woman as they walked on a sidewalk. Authorities say a group of men joined in the attack.

“And then when one of the witnesses comes out of her car and starts screaming at her, four other guys come in and start kicking on him,” Rodriguez’s grandson Erik Mendoza told KTLA.

On a GoFundMe page for the victim, his grandson, Erik Mendoza, said Rodriguez suffered a broken cheekbone.

Officer Tony Im said Monday that detectives have not identified any suspects.