A chilly March so far, but nowhere close to the record 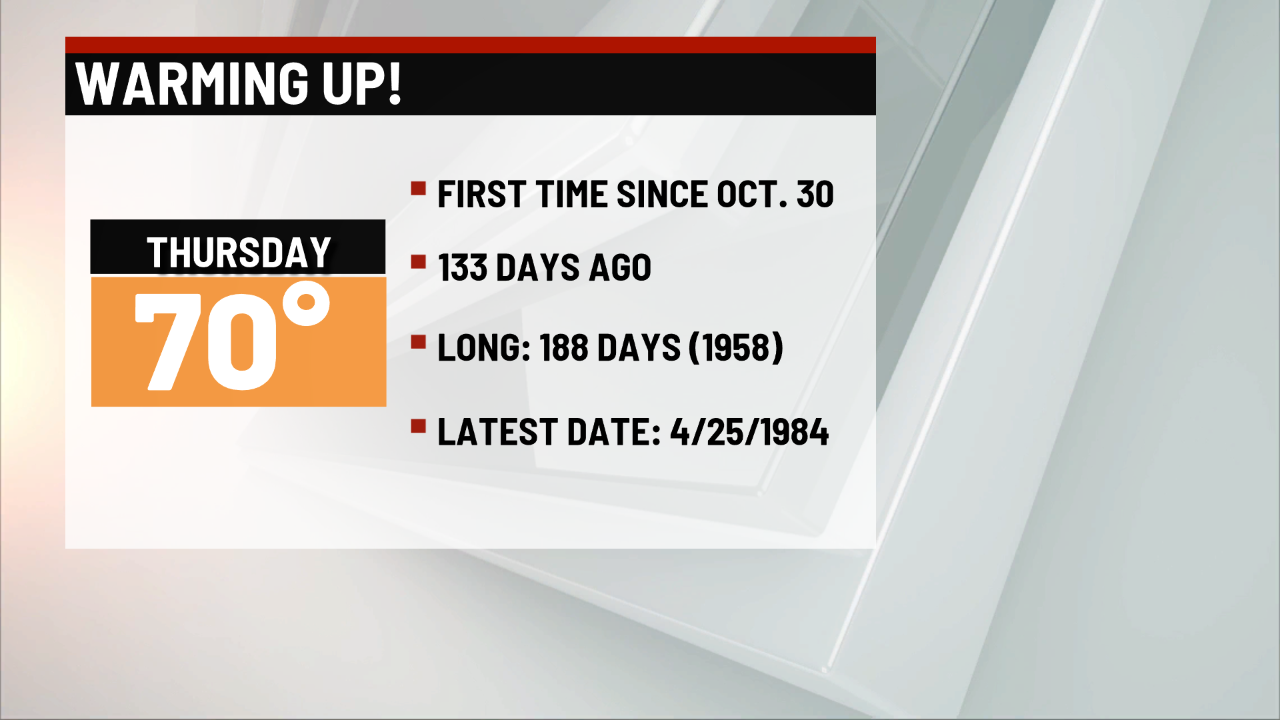 ​INDIANAPOLIS (WISH) — If you think this month has been unusually cold, you would be correct.

It’s no surprise. When looking at the high temperatures for the month, from March 1-11, only two days produced above-average temperatures so far. Several of our days this month have been well below average, which has sent our overall average for the month in the tank.

Some improvement is on the way. Expect 60s on Wednesday, and possibly a run to 70 on Thursday. If we can hit 70, it would be the first time in 133 days (Oct. 30). While that stretch isn’t unusual, it is nice to put into perspective. The longest stretch of temperatures not reaching the 70 threshold was 188 (1958), and the latest we’ve ever produced a temperature of 70 or higher was April 25, 1984.