‘A Christmas Story’ in butter at Ohio State Fair 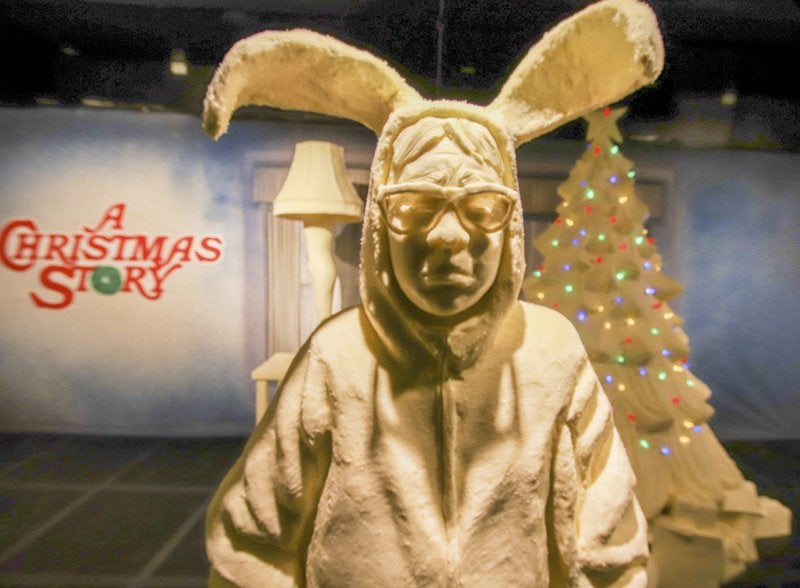 COLUMBUS, Ohio (WCMH) — The 2018 butter sculpture at the Ohio State Fair has been revealed, and this year’s theme centers around the classic movie “A Christmas Story.”

Ralphie in his bunny suit, a Christmas tree decorated with real twinkling lights, Randy in his snowsuit and, of course, the iconic leg lamp: The sculpture pays tribute to the movie which was filmed in Cleveland and released in 1983. The film is set in the fictional Indiana city of Hohman, modeled after Hammond in northwest Indiana, which was the hometown of Jean Shepherd. She wrote the 1966 book “In God We Trust: All Others Pay Cash” on which the film is based.

“Watching ‘A Christmas Story’ is a holiday tradition for people across the country, and we’re proud that it’s one that started right here in Ohio,” says Jenny Hubble, senior vice president of communications for American Dairy Association Mideast.

Sculptors spent about 400 hours in a 46-degree cooler to create the buttery works of art from more than a ton of butter.

The butter sculptures are displayed in the Dairy Products Building at the Ohio State Fair from 9 a.m.-9 p.m. through Aug. 5.