A City Bus driver wrecks, sent to the hospital 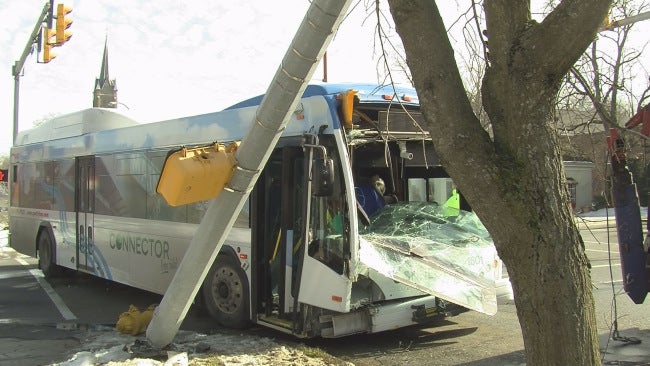 LAFAYETTE, Ind. (WLFI) – A City Bus driver was taken to the hospital Saturday after a medical condition may have caused him to wreck a bus.

WISH-TV News sister station WLFI News reported that City Bus General Manager Martin Sennett said the exact medical condition the driver had is not known, but is likely the cause of the wreck at Ninth and Columbia streets in Downtown Lafayette.

Sennett said the driver was taken to Franciscan Saint Elizabeth East in Lafayette, and was awake and alert after the wreck. There was one passenger on the bus at the time who did not seek medical attention.

Part of the intersection was blocked off after the wreck. A traffic light post was knocked over during the incident.

Sennett said City Bus drivers have physicals every two years, mandated by the Department of Transportation. He was not aware of any existing medical conditions of the driver involved. He said the DOT also mandates drivers involved in wrecks be examined afterward to see if drugs or alcohol played a role.