A mom’s fairytale draft spoiled by employer – the 76ers 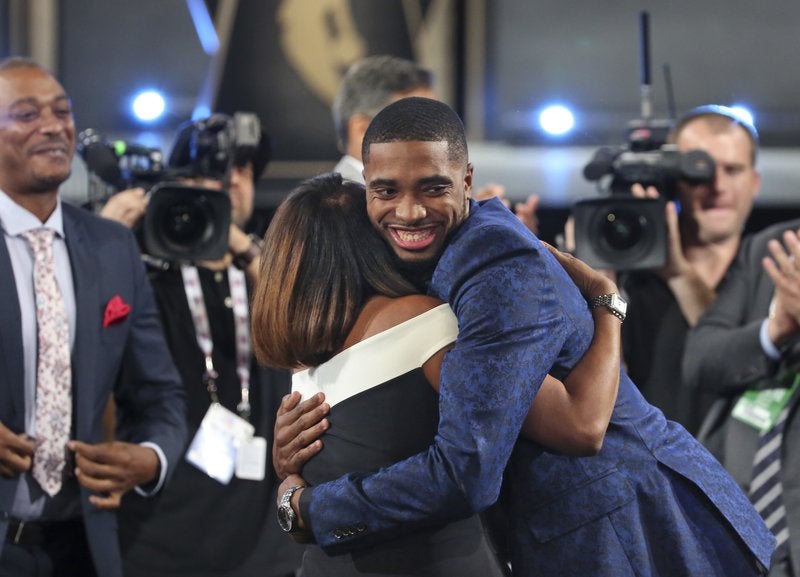 Like any parent, she was full of emotions: pride, excitement — just a bundle of nerves.

But Rivers had somewhat of a parental advantage, she works for an NBA team, the Philadelphia 76ers. So when her son — who starred at Villanova — was taken by the 76ers with the 10th overall pick, she couldn’t believe it.

“It’s amazing” Rivers, vice president of human relations for the 76ers, said in an ESPN interview with her son sitting in front of her wearing a 76ers baseball cap after he was drafted. “It’s an experience I’ll never forget. I’m so excited he’s coming home to be part of our Sixers family. It’s amazing.

Unfortunately, it was a fleeting moment, thanks to the sometimes cruel business side of basketball.

The 76ers put a quick end to the fairy tale — hometown hero who led the local school to national championships and now about to join the surging hometown NBA team — by promptly trading Bridges, who they took with the 10th overall pick, to the Suns in a deal they felt was too good to pass up. Philadelphia got Zhaire Smith (the 16th overall pick) and a 2021 first-round pick for the rights to Bridges.

And though the storybook ending lasted only a few minutes for Rivers, she and her son didn’t walk away empty handed.

After all, being a top-10 pick in the NBA draft is something to celebrate — in Philadelphia or Phoenix.