A thief enrolls in college on victim’s dime 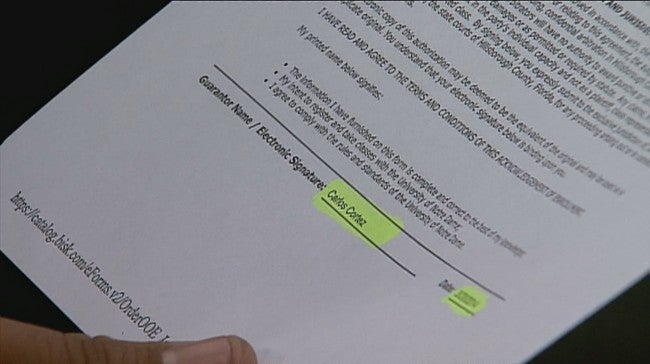 INDIANAPOLIS (WISH) — During a trip out of town Carlos Cortez received an unexpected call from his bank. An alert bank manager initiated the call after she noticed unusual charges coming from Cortez’s account.

Thieves had accessed Cortez’s account and quickly started racking up charges. The 41-year old canceled his credit cards and ordered his credit report.

In the credit report, he discovered that someone had enrolled in a class at the University of Notre Dame and used Cortez’s account to make the payment. Online, Cortez discovered his first and last name was used to take the class. Despite his name being used, he found it difficult in identifying the culprit.

This alarmed Cortez, because although he is fan of the university, he never stepped foot on the South Bend campus.

“It made me upset because my credit dropped 30 points. It went down a lot,” said Cortez.

Since the discovery, Cortez has been using prepaid credit cards to handle his daily transactions like shopping and eating out.

According to Credit Donkey, 66% of consumers who have had fraudulent charges were the first to notice the charges and not the banks. The Credit Donkey report goes on to explain that 1 in 4 people who have received a data breach letter became a victim of identity theft and fraud.

So far the Indianapolis Metropolitan Police Department has not yet made an arrest in the investigation.

Inside INdiana Business / 23 seconds ago