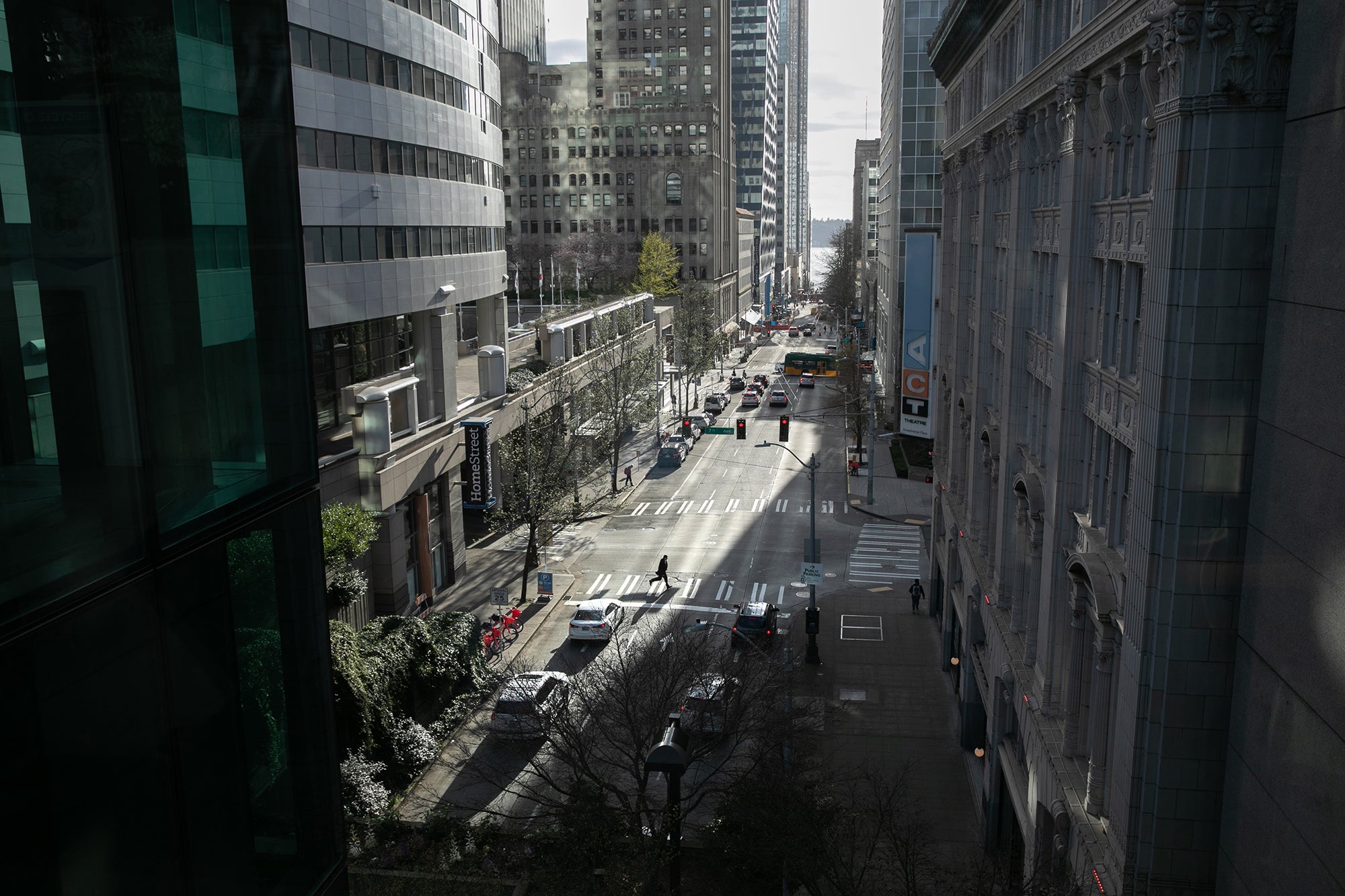 SEATTLE, WASHINGTON - MARCH 12: Normally busy downtown streets are virtually empty at rush hour due to coronavirus fears on March 12, 2020 in Seattle, Washington. Major employers like Amazon and many others have asked employees to work from home to help slow the spread of COVID-19. (Photo by John Moore/Getty Images via CNN)
by: David Williams, CNN
Posted: Nov 20, 2020 / 05:16 AM EST / Updated: Nov 20, 2020 / 05:16 AM EST

(CNN) — The most populous county in Washington state is moving forward with a plan that will allow community groups — instead of courts — decide the punishment for some low level felonies.

The budget includes more than $6 million in funding for the Restorative Community Pathways program, which will work with community groups to hold young people accountable for their alleged crimes without bringing them into the juvenile justice system.

Instead of facing a judge, community partners would decide how to hold the offender accountable, according to Jimmy Hung, the chief deputy of the juvenile division of the King County Prosecuting Attorney’s Office.

Details of the program will be worked out over the next few months, Hung said, but that accountability could include mental health counseling, drug treatment, going back to school or other interventions designed to help the offender turn their lives around.

“We want kids to grow out of this and become healthy members of our community,” Hung told CNN.

Participants in the program could still face traditional prosecution if they don’t follow through with the steps.

The plan will also make sure that crime victims — who are often also juveniles in these cases — also have access to the services and support they need.

Hung said community groups can move quickly and reach young offenders right when they first get in trouble instead of months later when their case finally works its way through the justice system.

The groups have not been selected, but will have expertise supporting Black, Brown, Latinx, LGBTQ+, immigrant and refugee youth, the prosecutor’s office said.

Prosecutors hope to divert about 400 cases to the Restorative Community Pathways when it gets up and running in 2021 and between 700-800 cases in 2022.

The King County Council also approved funding for a similar program for adults that will handle about 1,000 cases a year.

The program will be open to first-time offenders accused of nonviolent crimes, according to the King County Prosecuting Attorney’s Office.

Senior level prosecutors will decide which cases will be diverted to the programs, but they are not available for people who commit violent crimes, crimes against persons, domestic violence, sexual assault, gun crimes or other weapons offenses.

County officials have said that these charges disproportionately affect people of color and that once someone has a felony conviction they are more likely to commit additional felonies.

Hung said that handling cases like this outside of the courts will also free up resources needed to prosecute more serious crimes.

King County has about 7,000 cases waiting for disposition this year, which is double the number in a normal year. Much of the backlog is due to court slowdowns that were ordered in response to the Covid-19 pandemic, according to prosecutors.

Officials say that the county will eventually be able to pay for the programs with the money saved on police resources, legal services, jails and the courts.