A year after deadly Virginia rally, wounds are still raw 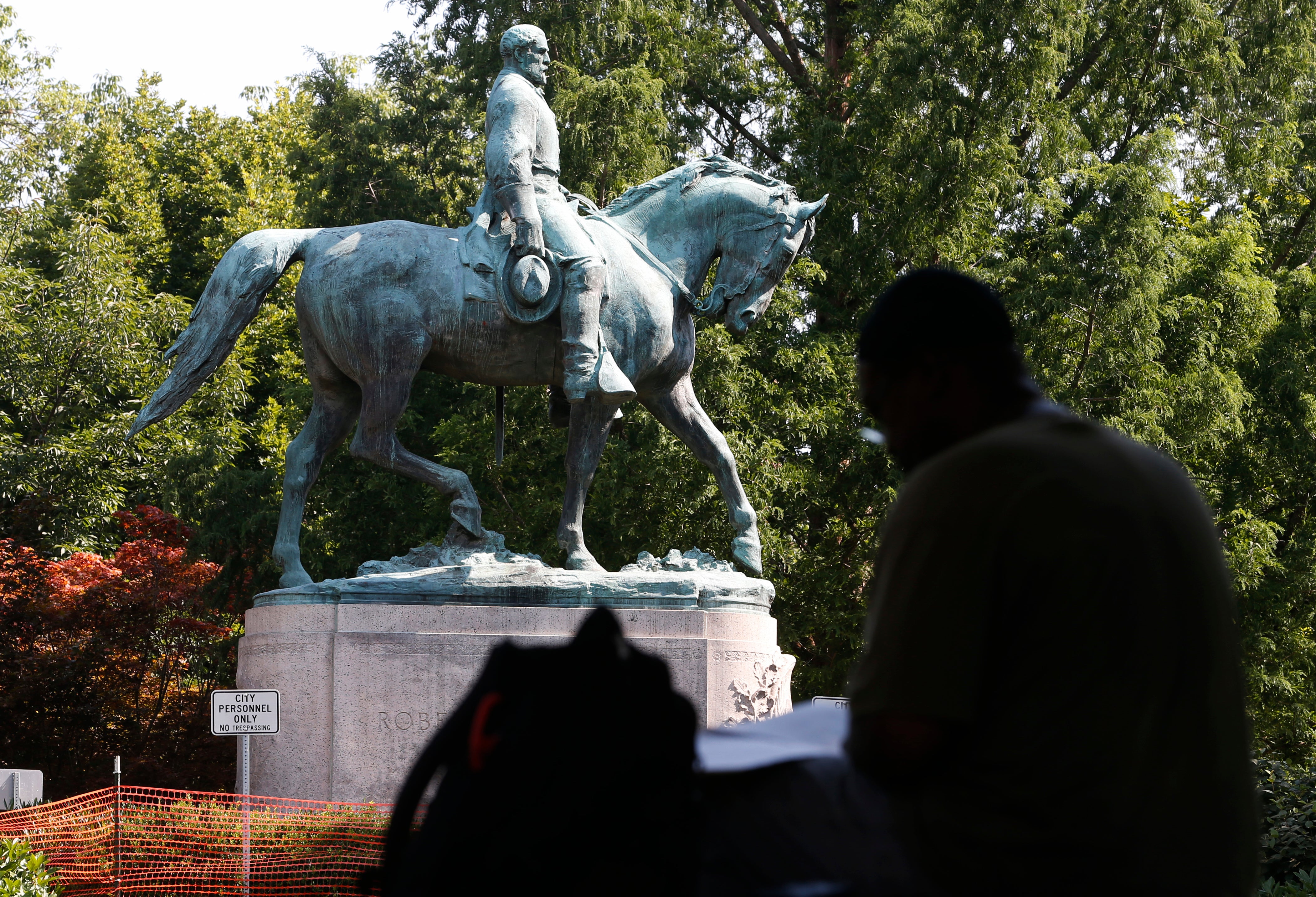 (AP) — Sometimes Alfred Wilson still has to take a moment to collect himself after he pulls open files at the law firm where he works and sees Heather Heyer’s handwriting.

“I get choked up and have to gather myself before I talk to the client,” said Wilson, who hired Heyer, the 32-year-old paralegal killed nearly a year ago in a car attack during a violent white nationalist rally in Charlottesville, Virginia.

The rally that left Heyer dead and dozens more injured proved to be a watershed moment, both for the racist, fringe “alt-right” movement, and for the city itself. In the year since, many residents like Wilson say the wounds haven’t healed. Others say the violence has laid bare divisions over deeper issues of race and economic inequality and what should be done to move forward.

“One of my hugest gripes with last year with the people of this town was that people, mostly white folks, kept saying, ‘This isn’t Charlottesville,'” said Brenda Brown-Grooms, a local pastor and activist. “I wonder what planet they live on. This is exactly who we are.”

A Charlottesville native, born in the segregated basement of the University of Virginia hospital, Brown-Grooms said white supremacy was present in Charlottesville long before the rally and is the “elephant in the room” the city now must deal with.

Activists have pushed leadersto address the city’s legacies of racism and slavery, its affordable housing crunch and the police department’s relationship with the black community, among other issues, since the Aug. 12 rally.

The event was one of the largest gatherings of white nationalists and far-right extremists in a decade. Many participants dressed as if they were headed to battle, shouted racist slurs and clashed violently with counterprotesters. Meanwhile, authorities largely stood by on the fringes of the action near a downtown park with a statue of Confederate Gen. Robert E. Lee that the city wanted to remove.

The crowd was eventually forced to disperse but a car that authorities say was driven by a man fascinated with Adolf Hitler later plowed into a crowd of peaceful counterprotesters. The day’s death toll rose to three when a state police helicopter that had been monitoring the event and assisting with the governor’s motorcade crashed, killing two troopers.

In the year since, the city has taken steps toward meeting some of the activists’ demands, despite resistance on some issues from the Republican-controlled state legislature . Lawmakers defeated every bill Charlottesville supported in the rally’s aftermath, including measures dealing with cities’ abilities to remove Confederate monuments.

Responding in part to calls for a closer look at stop-and-frisk policies that disproportionately affect black residents, the city established a new Police Civilian Review Board. The city also has approved funds for affordable housing and workforce development.

Meanwhile, there’s been a churn in leadership. The city attorney took a new job, the city manager’s contract was not renewed, a spokeswoman quit and the police chief, 50 at the time, retired after less than two years on the job.

The five-person city council has two new faces, and the group picked a different mayor, Nikuyah Walker, a black woman who ran as an independent in the staunchly Democratic town and was previously one of the council’s strongest critics.

Walker has clashed publicly with other council members on multiple issues, such as hiring an interim city manager. She recently took to social media to criticize the candidate, the way he was selected and her fellow councilors’ behavior.

The council’s drama doesn’t seem to affect most residents, who “just go on with our lives and watch with quiet amusement,” said Charles “Buddy” Weber, an attorney and longtime resident involved in a lawsuit seeking to stop the city from removing the Lee monument. Weber emphasized that not everyone in Charlottesville agrees on the extent and nature of the city’s problems.

While the city’s been struggling to find its footing, some alt-right leaders are faltering. The rally violence proved a costly debacle for leading figures such as white nationalist Richard Spencer and others who are fighting lawsuits. Many in the movement have been booted from mainstream internet platforms. A few have dropped out altogether.

Only one organizer of last summer’s rally seems intent on publicly marking the anniversary. Jason Kessler, a Charlottesville resident and UVA graduate, sued the city after it denied him a permit for an anniversary event. Kessler recently abandoned his lawsuit, but he vowed to press ahead with plans for an Aug. 12 rally in Washington, D.C.

During an interview this summer, Kessler said he was still “coming to terms” with what happened last year and said he apologized to Heyer’s family.

But he struck a far more defiant tone when a city attorney questioned him last month. Kessler said during a deposition that he had no regrets or remorse about his role and takes no responsibility for the violence.

While Kessler’s plans for the anniversary weekend have shifted, many residents say they’re bracing for some sort of white nationalist presence. Officials and law enforcement authorities insist that whatever happens, they will be better prepared. An investigation by a former U.S. attorney found a lack of planning, poor communication and a passive response by law enforcement added to last year’s chaos.

Michael Rodi, owner of a downtown restaurant-nightclub, told city and law enforcement officials at a forum for the business community that “if we can make this thing fizzle, the rest of the world looks at us and goes, ‘Oh, you’re not Nazi Central.'”

Heyer’s mother, Susan Bro, who’s spent much of the past year working with Wilson on a foundation named for her daughter, said she plans to place flowers Sunday at the site of the attack that claimed Heyer’s life. But the day should be about more than just Heyer, Bro said.

“I just would like people to focus on the anniversary, not on Heather, but on the issues that she died for — Black Lives Matter, overpolicing, affordable housing, for more truth and the telling of the history of Charlottesville — and to focus on where they need to go as a community,” Bro said.