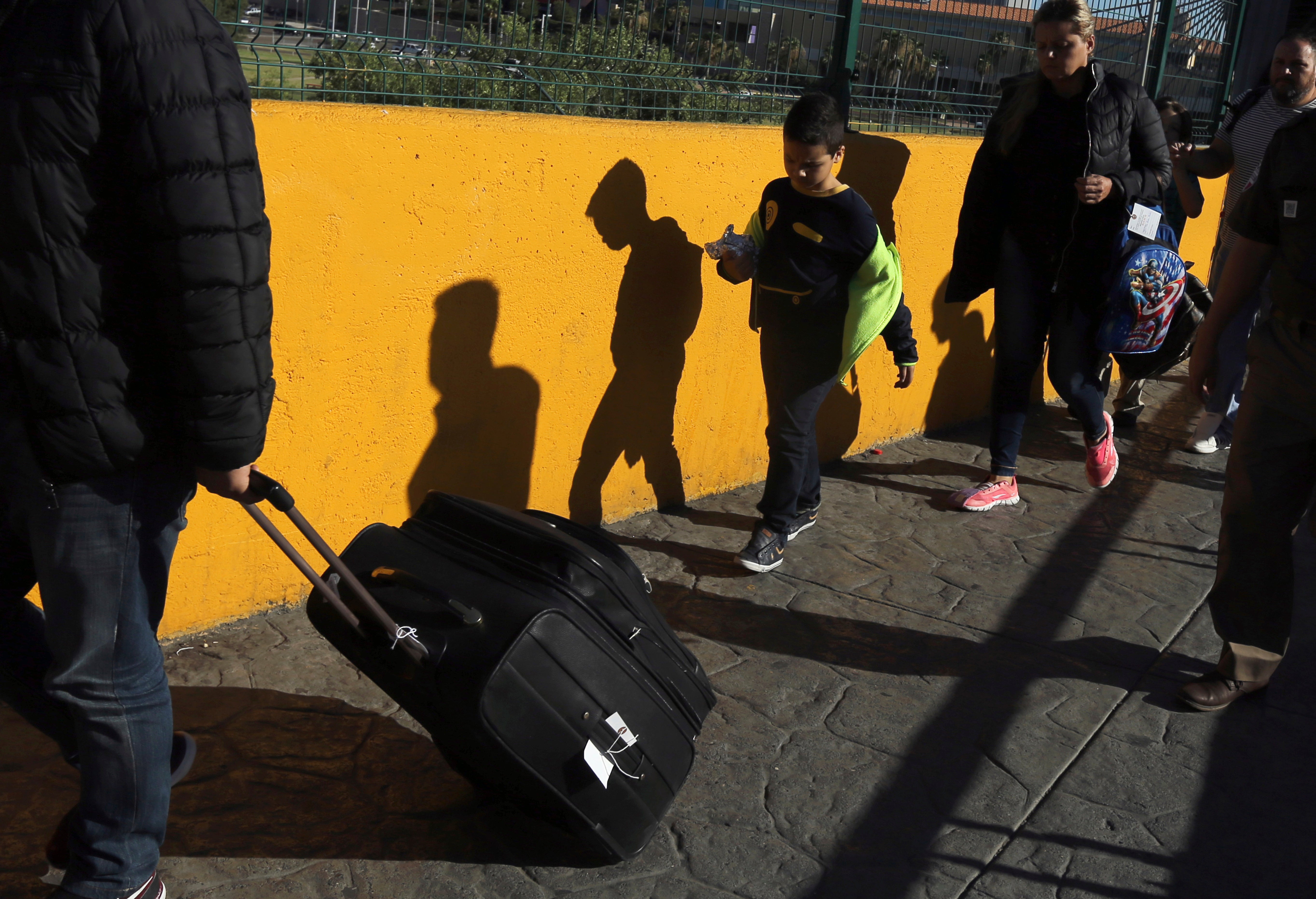 SAN DIEGO (AP) — More than 900 children, including babies and toddlers, were separated from their parents at the border in the year after a judge ordered the practice be sharply curtailed, the American Civil Liberties Union said Tuesday in a legal attack that will invite more scrutiny of the Trump administration’s widely criticized tactics.

The ACLU said the administration is separating families over dubious allegations and minor transgressions including traffic offenses. It asked a judge to rule on whether the 911 separations from June 28, 2018, to June 29 of this year were justified.

In June 2018 — days after President Donald Trump retreated amid an international uproar — U.S. District Judge Dana Sabraw ordered that the practice of splitting up families at the border be halted except in limited circumstances, like threats to child safety. The judge left individual decisions to the administration’s discretion.

Since then, a parent was separated for having damaged property valued at $5, the ACLU said. A 1-year-old was separated after an official criticized her father for letting her sleep with a wet diaper.

In another case, a 2-year-old Guatemalan girl was separated from her father after authorities examined her for a fever and diaper rash and found she was malnourished and underdeveloped, the ACLU said. The father, who came from an “extraordinarily impoverished community” rife with malnutrition, was accused of neglect.

About 20% of the 911 children separated from in the year after the judge’s order were under 5 years old, the ACLU said.

Most parents went weeks without knowing where their children were, and some weren’t even clear on why they had been separated. Roughly a third of the 900 children who have been separated from their families since the judge’s order have been in the care of Catholic Charities Community Services, which says only three children have been reunited with the parent with whom they traveled. The organization says 185 children were released to sponsors after weeks or months in government shelters and 33 took voluntary departure, allowing the government to return them to their home country.

The separations occurred during an unprecedented surge of children from Central America that has overwhelmed U.S. authorities, most coming in families but many unaccompanied. Acting Customs and Border Protection Commissioner Mark Morgan told a Senate committee Tuesday that the agency encountered more than 300,000 children since Oct. 1.

More than 2,700 children were separated at the time of Sabraw’s 2018 ruling, which forced the government to reunify them with their parents.

The judge later ordered the government to find children who were separated since July 1, 2017, a group that an internal watchdog report estimated numbered in the thousands but has not yet been determined. The administration didn’t have adequate tracking systems at the time.

The ACLU, which based its findings on reports that the administration provided, asked Sabraw to order the government to justify separations over the last year and to clarify its criteria for doing so.

“It is shocking that the Trump administration continues to take babies from their parents,” ACLU attorney Lee Gelernt said. “The administration must not be allowed to circumvent the court order over infractions like minor traffic violations.”

The Justice Department didn’t immediately respond to a request for comment.

Six parents were separated for convictions of marijuana possession. Eight were split up for fraud and forgery offenses.

The ACLU said a 4-year-old boy was split from his family because his father’s speech impediment prevented him from answering questions, despite evidence that he was the parent.

A 2-year-old girl was split from after Customs and Border Protection questioned a birth certificate’s authenticity. The father, who speaks an indigenous language and didn’t have an interpreter, was reunited after a DNA test confirmed he was a parent.

The government also took children from women whom they believed had gang ties but had been gang targets, the ACLU said.

One woman from El Salvador said a gang member forced her to be his girlfriend until he was arrested in late 2018. She came to the U.S. in February and was separated from her 3-year-old son for three months while an attorney tracked down Salvadoran documents showing she had been a victim, not a criminal.

Another Salvadoran woman was separated from her 2-year-old daughter on the toddler’s birthday because of suspected gang ties. But the woman’s attorney says her client had been raped repeatedly by a gangster who forced her to deliver marijuana inside a prison. The woman refused and turned the pot into authorities, but she was arrested anyway.

In other cases, families were separated for minor crimes that, if committed by people living in the U.S., would never result in a child being taken away.

A 7-year-old girl has been in custody since June after being separated from her father because he had a conviction of driving without a license and had previously entered the country without authorization.

The ACLU said 14 parents were separated based on immigration convictions combined with driving under the influence or unspecified traffic offenses.