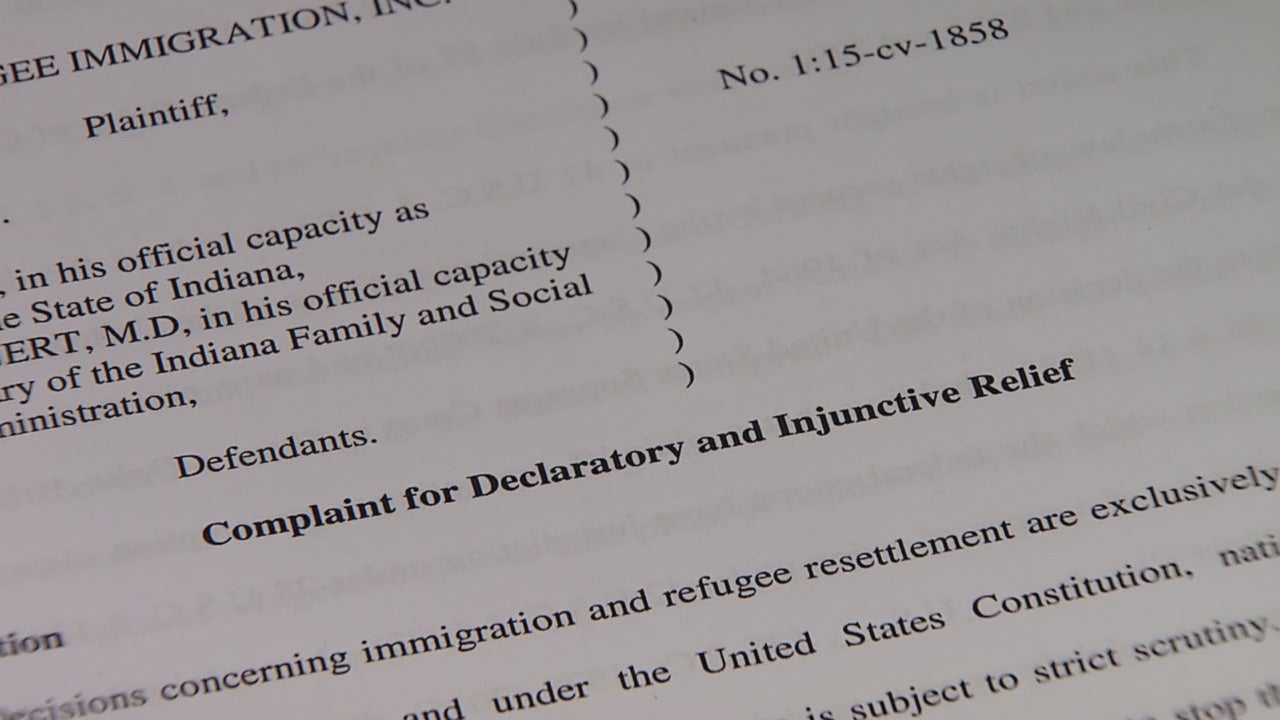 INDIANAPOLIS (WISH) – The American Civil Liberties Union is suing Gov. Mike Pence in an effort to reverse his order blocking the settlement of Syrian refugees in Indiana.

The ACLU is seeking a federal injunction on behalf of Exodus Refugee Immigration, an agency that is preparing to relocate 19 Syrian refugees in the coming months.

The injunction would permit refugees to receive state payments for assistance that include food stamps, welfare and health services.

It would also insure that Exodus would continue to receive state funding that totals about $900,000 a year.

“If I could talk to Governor Pence I would really actually want him to meet a Syrian family,” said Exodus executive director Carleen Miller, “and to understand why these people are coming and who they are. These are people who are fleeing persecution. They’ve suffered great traumas.”

The lawsuit charges that the governor’s order is unconstitutional because Syrian refugees are being discriminated against based on their national origin.