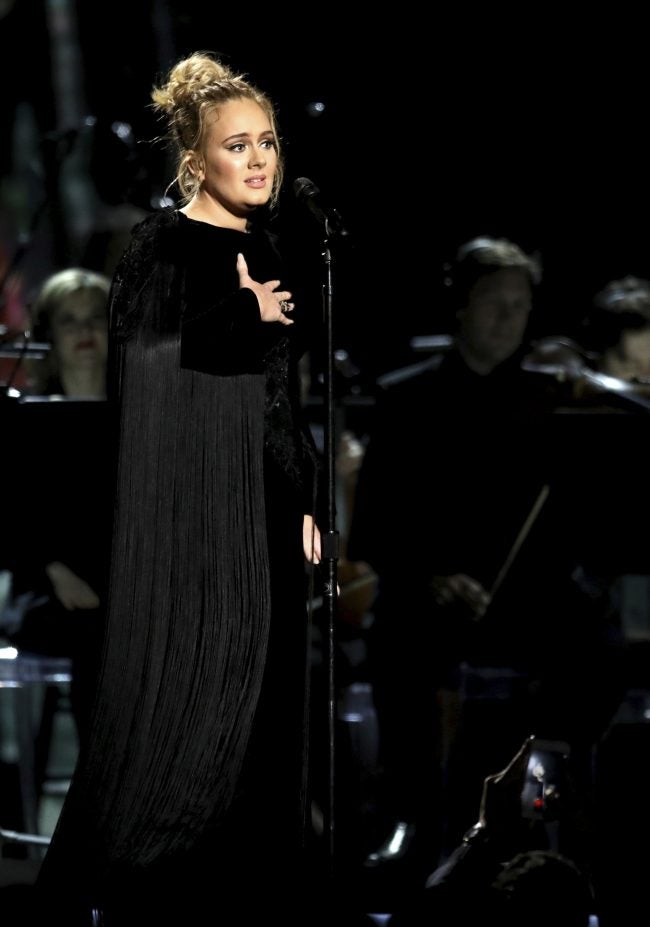 LOS ANGELES (AP) – Adele delivered a stirring Grammy tribute to George Michael, but not before stopping and restarting, saying she had to make sure she got it right.

The singer had just begun performing Michael’s “Fastlove” when she abruptly stopped and offered an apology to the audience that was laced with some swearing.

“I (expletive) up,” she said, adding she would not have a sub-par Grammys performance. At last year’s show her performance had been troubled when a microphone fell into a piano.

The crowd cheered as she started to sing again, accompanied by an orchestra as images of the late British singer-songwriter were projected on large screens.

She finished to a thunderous standing ovation with many in the audience appearing near tears.

Adele herself had tears in her eyes as she mouthed a thank-you.