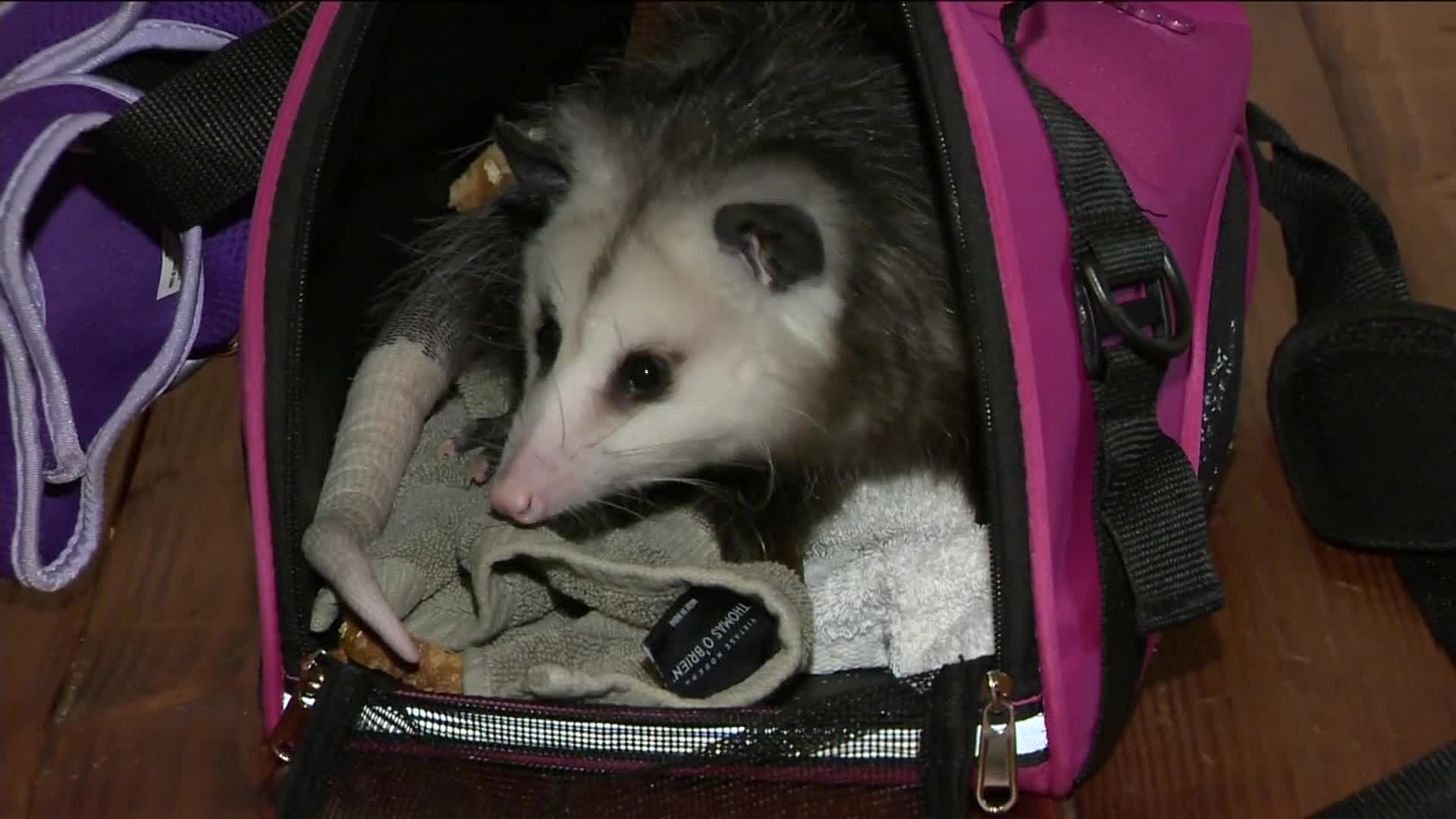 COSTA MESA, Calif. (WISH) — An Orange County man thought he had everything taken care of before traveling with his pet opossum Zatara.

He says that wasn’t the case.

Gerald Tautenhahn said, “I did my homework and I was allowed to fly out there. The least you can do is let me return home with her.”

Two months after his father died in Austin, Texas, Tautenhahn wanted to spend time with his mom and cheer her up by bringing Zatara the opossum he raised from just weeks old.

He and his twin brother loaded up Zatara and headed to Long Beach Airport after, he says, he called the airport to double-check. He was cleared to travel with Zatara.

On Dec. 4, he and the opossum went through security with no problem. They took a JetBlue flight to Austin. His mom loved Zatara.

A few days later, he says, when they tried to fly back to Long Beach, an air marshal told him he was not sure if it was OK to have an opossum on board.

He says the air marshal told him he couldn’t fly back: “‘Well, it was our mistake for letting on the plane in the first place. But, it’s your problem. Deal with it.’”

Tautenhahn says a representative encouraged him to rent a car and drive back to Newport Beach. He was stranded and frustrated.

After four days in Austin, Tautenhahn says he booked a ticket on United Airlines, paid a pet fee and put Zatara in a carrier. This time, he was not asked what was in the approved carrier and he walked on.

“If you have an opossum, you might want to just drive,” Tautenhahn said.