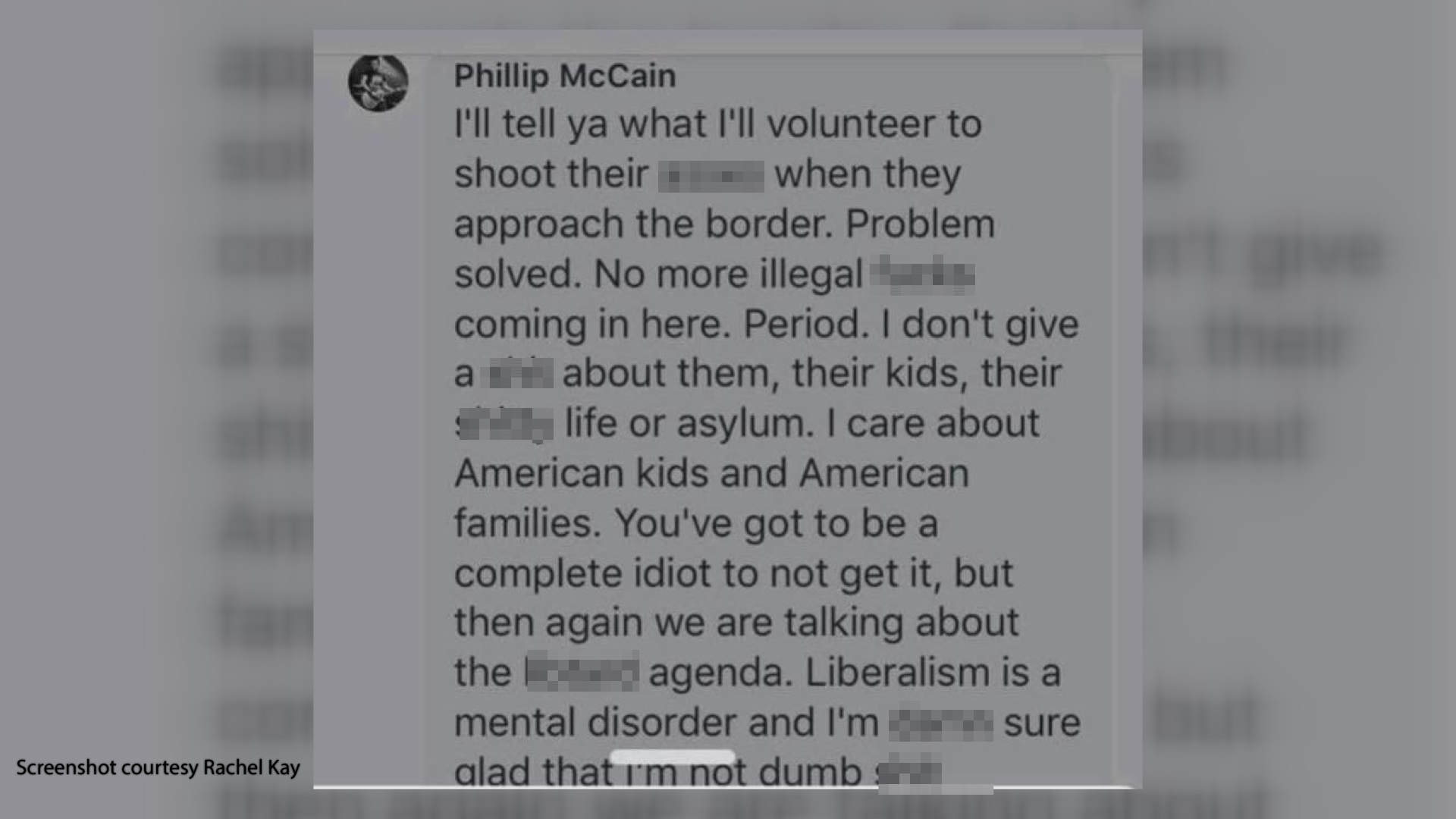 BIRMINGHAM, Ala. (WIAT) — A Facebook comment from an Alabama musician is going viral on social media causing some to be outraged across the country.

Phillip McCain was recently kicked out of a band and had a gig canceled after the post was spread.

Below is a screen grab of the comment about immigrants where McCain said he would “volunteer” to shoot them when they approach the border. He goes on to write that he does not care about them, their kids, or their asylum.

“What I meant and what I should have said is that I just want to protect American borders,” said McCain, who called the post a mistake.

His website shows him with a guitar, but right now the music has stopped. McCain was kicked out of the band “Buck Wild” and had a recent gig at Pablo’s Restaurante and Cantina in the Colonnade canceled.

“I’m not into violence so it makes me afraid of how it’s going to effect our business,” said Putu Primanta, the manager of the restaurant.

Primanta is an immigrant himself and says he received several messages from people who were upset.

“Our clientele are coming from many different backgrounds and ethnicities so I have to look at what’s best interest for the restaurant so that’s why I made that decision,” said Primanta.

While McCain is apologizing for what he said, he is not saying sorry for his beliefs on immigration.

“I am all for legal immigration, people coming here and doing it the right way and having the desire to become an American citizen but an apology for my comment that I made that was wrong, I am not going to back down on my stance that I am against illegal immigration,” said McCain.

McCain told CBS 42 he has received death threats. After our interview, several people emailed the newsroom alleging similar past comments from McCain. When contacted about the emails, McCain said he had no comment.