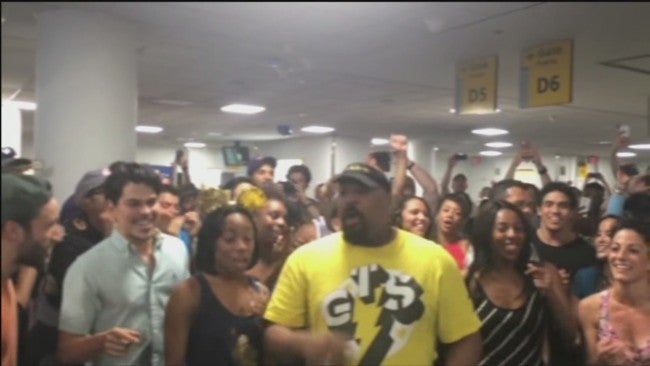 NEW YORK (WISH) – There was a sing-off at a New York airport this week after the casts of two Tony Award-winning Broadway shows had to wait-out a flight delay.

Members of the “Lion King” and “Aladdin” entertained fellow passengers at LaGuardia Airport after their flight to Orlando was delayed six hours.

It wasn’t the first time the cast of “The Lion King” performed for travelers. Last year, videos of them singing on a subway car and on a flight to Australia also went viral.

Watch the full video of their latest impromptu performance below: