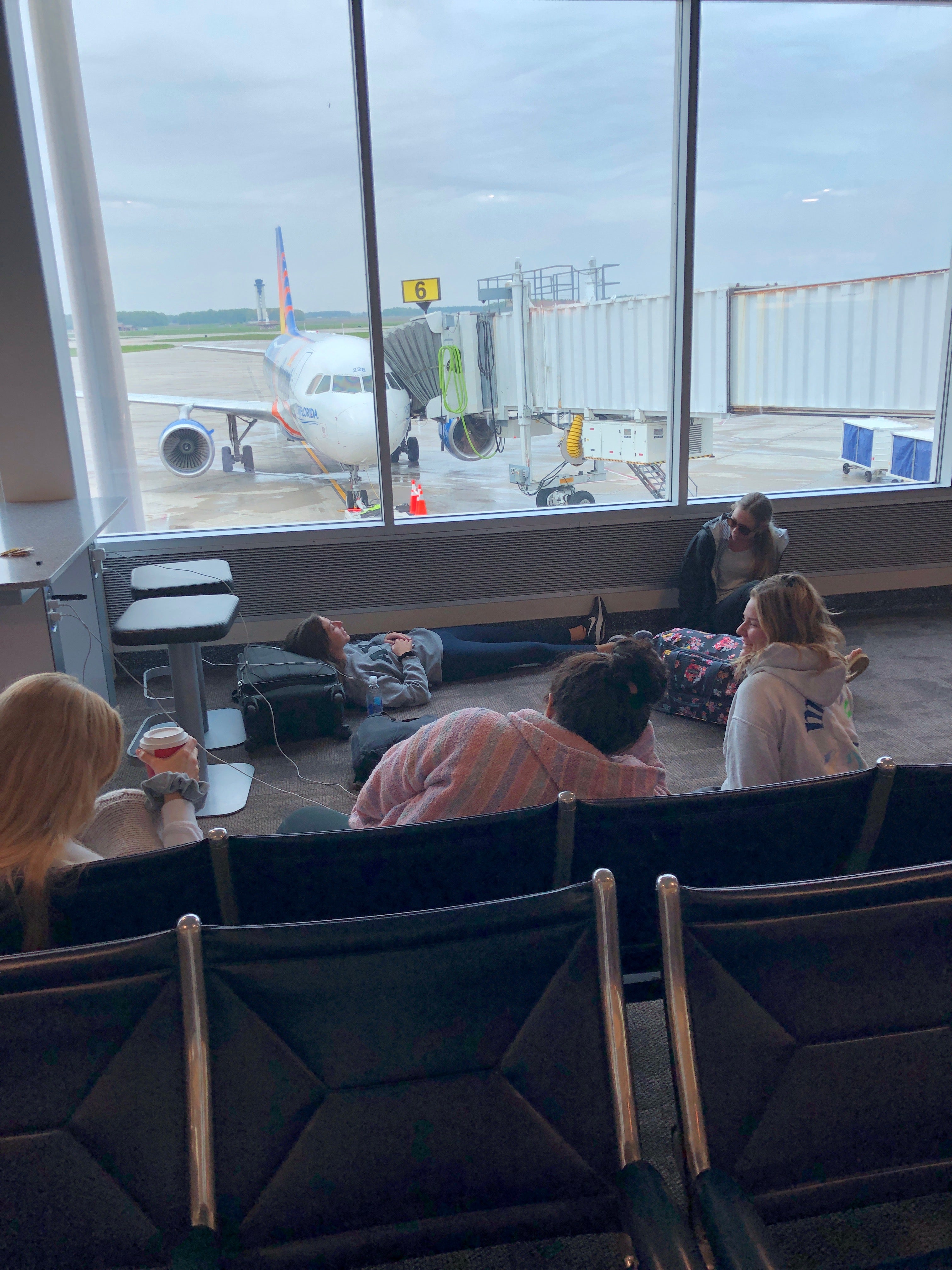 FORT WAYNE, Ind. (WANE) — Passengers slept on the floor of the terminal at Fort Wayne International Airport after an Allegiant flight was delayed due to a lack of a crew, passengers told WANE 15.

Around 8:30 a.m., passengers received a text from Allegiant that said the flight would depart at 10:40 a.m.

Passengers, some with babies, slept on the floor of the terminal, a passenger said.

Emma Gemlick, a Fort Wayne woman traveling to Florida with a group of friends to celebrate the end of their college year, was among the passengers. She said their plane landed at 1:30 a.m. but the flight crew “timed out” and left.

The airline called in another crew at 1 a.m., passengers were told, but a flight attendant later said the crew wasn’t actually called in until 3:30 a.m., Gemlick said.

Photos shared with WANE 15 show passengers scattered around the terminal, some laying on the floor.

Passengers were finally boarded around 10:40 a.m. Gemlick said the airline’s computers were down, though, so the process had to be done manually.