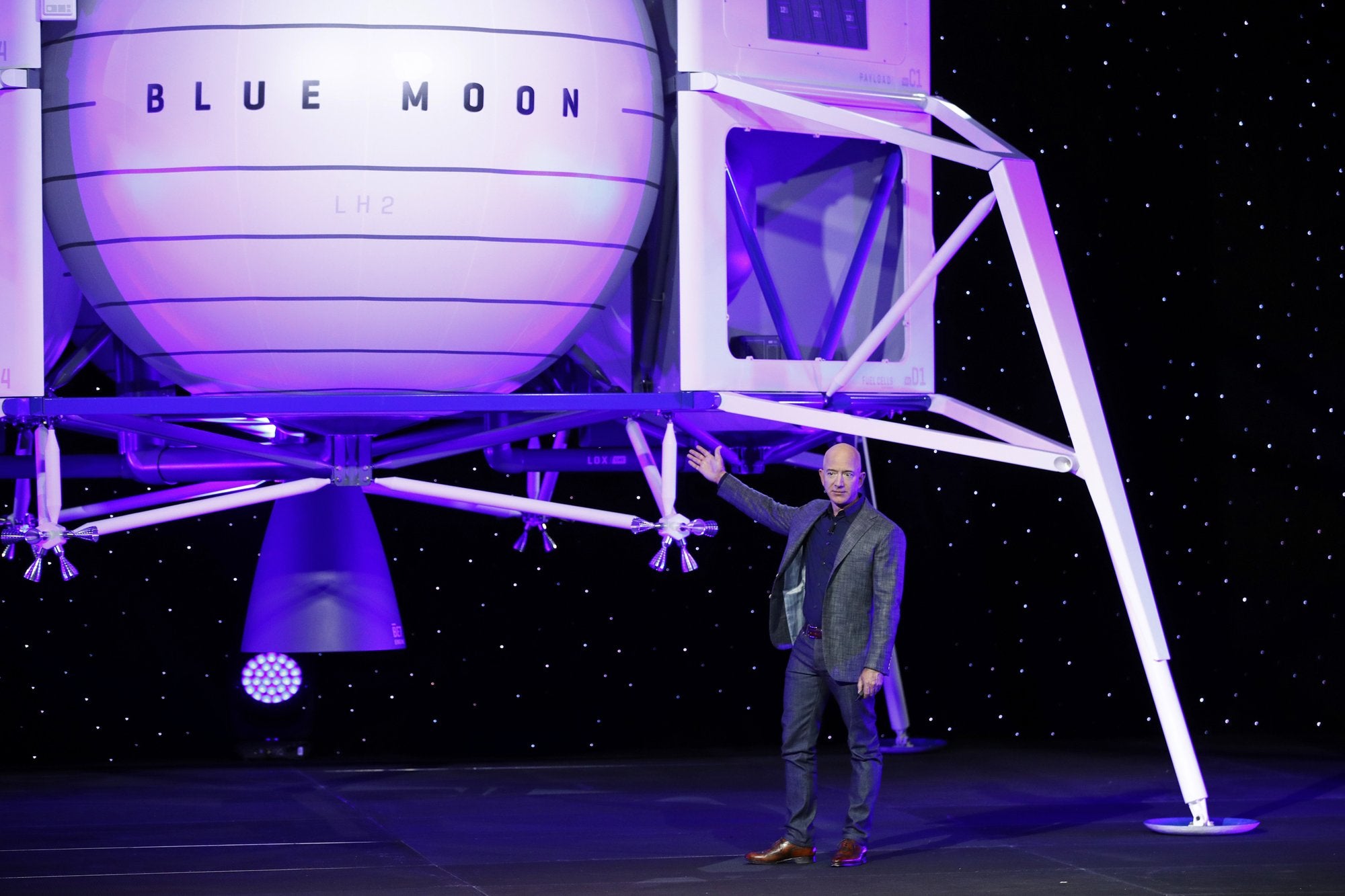 WASHINGTON (AP) — Amazon tycoon Jeff Bezos said Thursday he’s going to send a spaceship to the moon, joining a resurgence of lunar interest half a century after people first set foot there.

Bezos said his space company Blue Origin will land a robotic ship the size of a small house, capable of carrying four rovers and using a newly designed rocket engine and souped-up rockets. It would be followed by a version that could bring people to the moon along the same timeframe as NASA’s proposed 2024 return.

Bezos, who was dwarfed by his mock-up of the Blue Moon vehicle at his presentation Thursday, said, “This is an incredible vehicle and it’s going to the moon.”

He added: “It’s time to go back to the moon. This time to stay.”

The announcement for the usually secretive space company came with all the glitz of an Apple product launch in a darkened convention ballroom bedazzled with shimmering stars on its walls. Astronauts and other space luminaries sat in the audience under blue-tinted lighting before Bezos unveiled the boxy ship with four long and spindly landing legs.

Bezos, who also owns The Washington Post, walked off the stage without providing details, including launch dates, customers and the plan for humans on his rockets. He spent more time talking about his dream of future generations living on orbiting space station colonies than on concrete details about Blue Origin missions.

Blue Origin officials gave conflicting answers to questions about when the company would land on the moon with and without people. Blue Origin Vice President Clay Mowry said 2024 was not a concrete goal for a mission with people and said it was more up to NASA as a potential customer.

Former U.S. Rep. Robert Walker, a private space consultant who is working with Blue Origin, said it plans for a 2023 launch without people.

Blue Origin in 2017 revealed plans to send an unmanned, reusable rocket, capable of carrying 10,000 pounds (4,500 kilograms) of payload, to the moon. The company had a successful launch earlier this month, reusing one of its New Shepard rockets, which barely goes to the edge of space, for a fifth time.

The new moon race has a lower profile than the one in the 1960s. It involves private companies, new countries and a NASA return mission to place astronauts back on the lunar surface by 2024.

While a $30 million prize for private companies to send robotic probes to the moon went unclaimed last year, one of the competitors, from an Israeli private nonprofit, crashed last month as it tried to land.

China has landed a rover on the moon’s far side. SpaceX last year announced plans to send a Japanese businessman around the moon in 2023. And the Israeli nonprofit said it will give it a second shot.

The first successful moon landing was by the Soviet Union in 1966 with Luna 9, followed by the U.S. four months later. NASA put the first — and only — people on the moon in the Apollo program, starting with Apollo 11 in July 1969.

“The next leap in space will be fueled by commercial companies like Blue Origin and commercial innovation,” said former Obama White House space adviser Phil Larson, now an assistant dean of engineering at the University of Colorado.

Space companies have in the past made big announcements with goals that never came true.

Former NASA deputy administrator Dava Newman, an MIT professor working as a customer of Blue Origin, said this time it’s different. The new engine is the reason, she said, “it’s for real.” 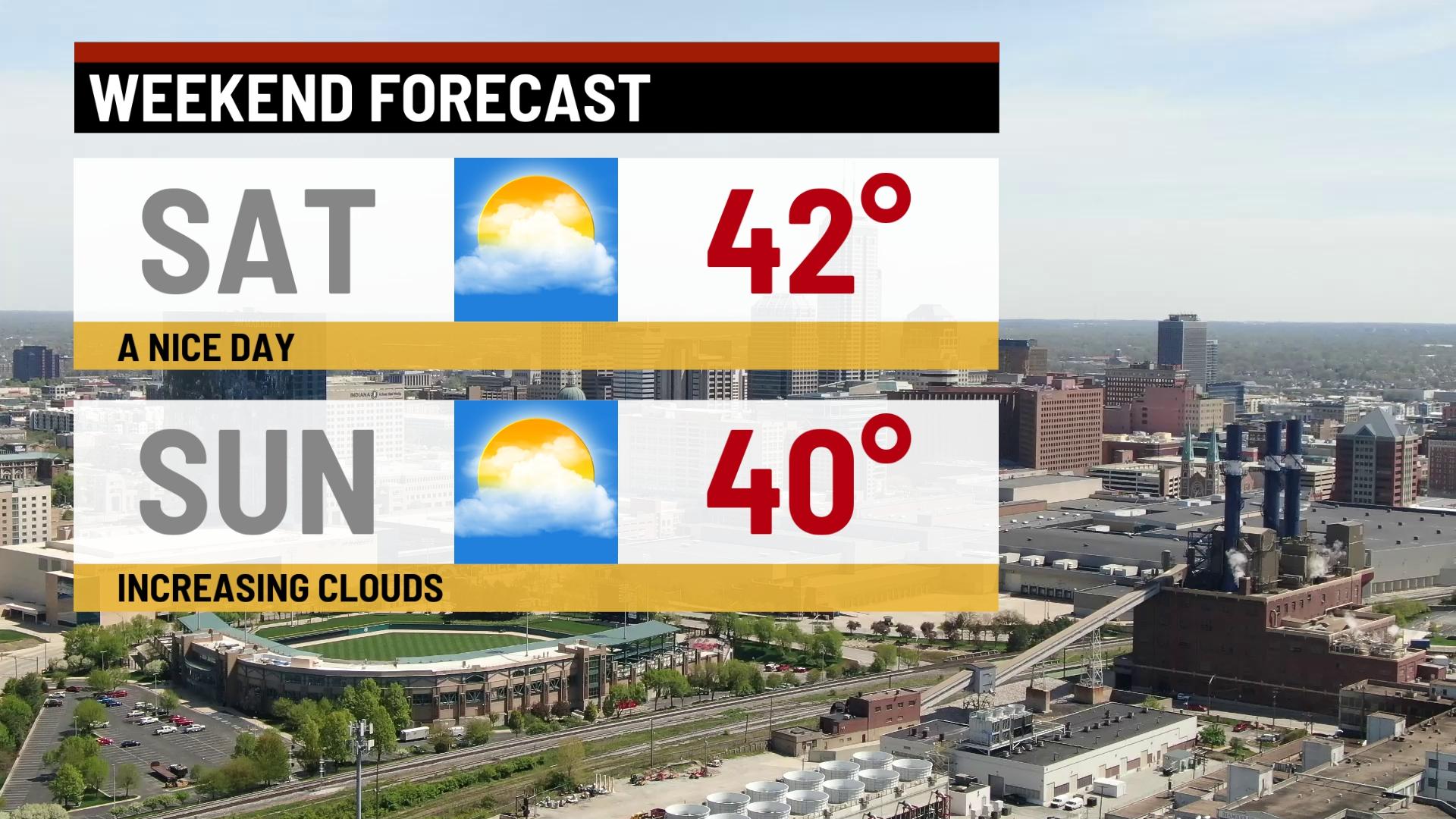