Teachers’ union calls on Walmart to take guns off shelves 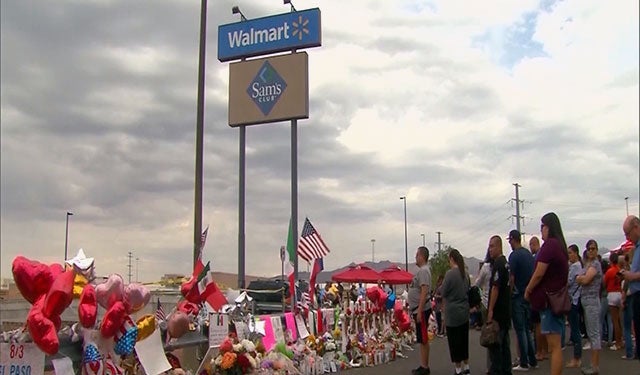 WASHINGTON (NEXSTAR) – After shots rang out at Walmart stores, killing two employees in Southaven, Mississippi, and days later killing 22 people in El Paso, Texas, the country’s largest retailer is under fire from one of the largest teacher unions.

“How many more horrible, heinous killing of innocent people does America have to go through?” said Randi Weingarten president of American Federation of Teachers.

Weingarten sent a letter Friday to Walmart and called on the company to take guns off store shelves.

“Banning the selling of guns until there is a different standard,” she said.

Weingarten is pushing for legislation like universal background checks.

She said if Walmart took action, Congress would follow the company’s lead.

Walmart has responded to gun violence in the past. The company removed assault rifles from store shelves after the Sandy Hook Elementary School murders and raised its minimum purchasing age after Parkland High School shootings.

But Walmart has stopped short of removing all guns from its stores.

Walmart CEO Doug McMillon wrote in a memo to employees, “We will work to understand the many important issues that arise from El Paso and Southaven, as well as those that have been raised in the broader national discussion around gun violence.”

Weingarten has yet to hear from Walmart.

In the meantime, she wants Walmart customers to vote with their wallets.

“Why don’t you consider using them as opposed to Walmart right now,” she said.

Other groups like Guns Down have joined the AFT’s push.

On Monday, Walmart responded directly to AFT’s letter, writing in a statement, “We respect and value the work that our teachers across the country provide and we’ve always been supportive of them.”