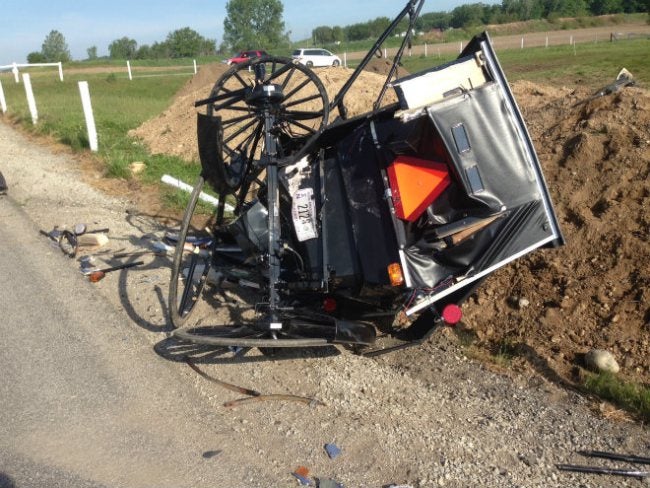 KOSCIUSKO COUNTY, Ind. (WANE) — A pickup truck hit an Amish buggy operated by a woman and her three young children Wednesday morning in rural Kosciusko County. Despite the force of the impact, the Amish family suffered only minor injuries, according to the Kosciusko County Sheriff’s Department.

The driver of the pickup, Jeffrey D. Lanning, 25, of Bremen, told police he was going west on County Road 1350 North approaching County Road 300 West when he became distracted and didn’t see the buggy until the last moment.

Police received a 911 call regarding the accident at 8:33 a.m. When emergency personnel arrived on the scene they found the buggy in a ditch.

The 29-year-old buggy operator and her three children, ages 4 and 2, as well as an infant were taken to Goshen General Hospital with minor injuries.

Police did not indicate if Lanning was ticketed.