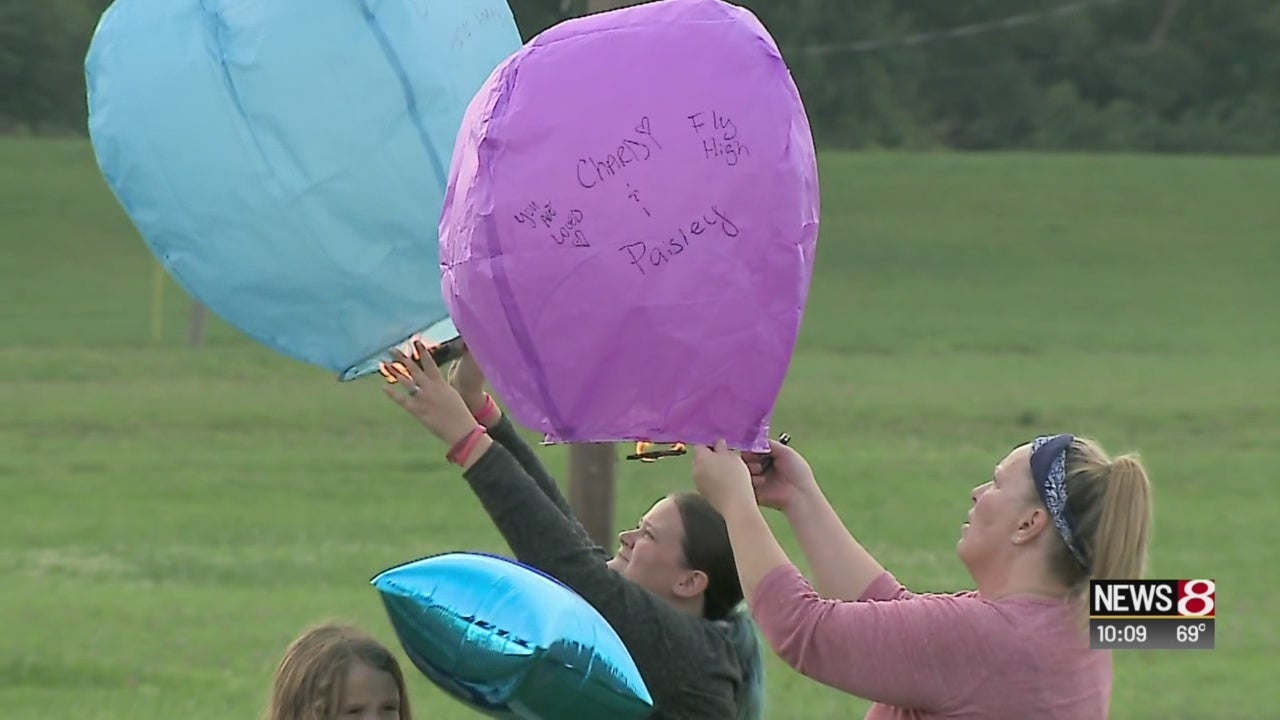 ANDERSON, Ind. (WISH) — Balloons in the air, and crowds on the ground.

A somber gathering took place at Athletic Park in Anderson.

The collective group showed up just a few minutes before 7 p.m. Monday. They wanted to bring attention to the deaths of 1-year-old Harlan Haines and 1-year-old Paisley Hudson.

Haines died in February, and Hudson died on Saturday. Both toddlers died in separate events that were determined to be homicides.

According to an autopsy, Haines suffered blunt force trauma to the brain and injuries to his genitals.

Paisley Hudson’s mother, Kayla Hudson, and her Kayla’s boyfriend, Ryan Ramirez, have been arrested and face preliminary charges of neglect of a dependent in Paisley’s death.

Some in attendance at the vigil believe the system failed Harlan and Paisley.

“I want to honor the children; they deserved to be paid attention to. I think they should have been recognized; that is my mission here. They should of been paid attention to,” said Jamie Johnson, founder of Family Rights Protection Foundation.

This Saturday, Johnson is planning a rally at Watkins Park in Indianapolis starting at 1 p.m., to draw awareness to the neglect and abuse of children.