Anderson studying whether to do away with one-ways 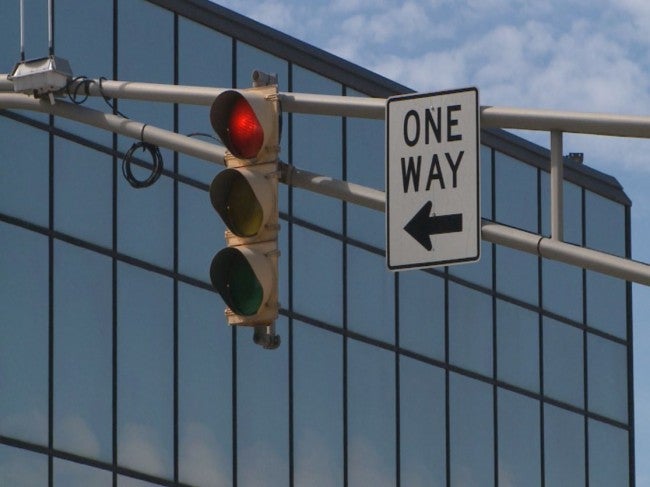 They were first used to get 30,000 General Motors workers to and from work without clogging the streets. But with GM now long-gone, small business owners say those one-ways are hurting them.

“Right now its almost like an interstate on the one-ways,” said Mark Alexander, who owns Direct Kitchen and Bath with his wife, Debbie. “People just fly through the downtown and they never really stop.”

They say they’re discussing with other business owners how to get the people in the cars to stop.

Direct Kitchen and Bath has been in business for 25 years and they say the one-way roads are a never-ending topic of discussion.

“The downtown has been hurting for a lot of years, and they’ve just been kicking the can down the road on what to do,” said Mark Alexander.

The one-way streets date back to the days of black and white television, when GM set up shop in the 1960s. But with the auto-maker now gone the one-ways are the subject of a massive traffic study on whether they’re doing more bad than good when attracting businesses and visitors

“If they opened up more variety of businesses then I think it would bring a lot more people from around different places,” said Matt Leach who was grabbing lunch

“We know what we get when we continue to do the same thing,” said Mayor Kevin Smith, who supports the idea. He says it’ll breath new life into the area.

“A downtown is about identity, its about business, its about small business, a variety, an array of business offerings and so we just want to undergird and support that through our infrastructure,” said Mayor Smith

If the study shows that changing the one-ways to two-ways would improve the area, the mayor says work could begin by the end of the year. He also said this is part of a larger plan to address growth downtown and in other areas of the city.