Anheuser-Busch puts the brakes on beer for storm relief 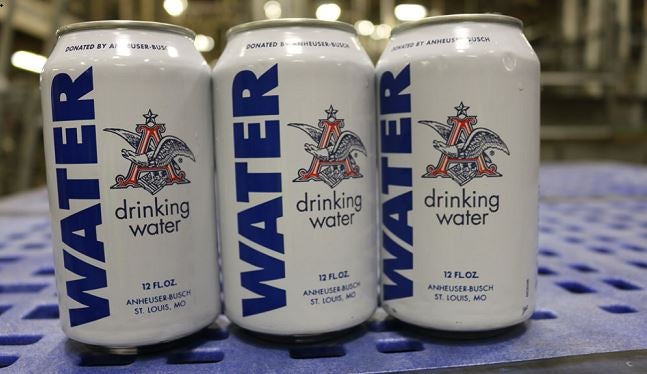 CARTERSVILLE, Ga. (MEDIA GENERAL) – Known for delivering ice cold beer, Anheuser-Busch is trucking something different to emergency responders in Texas and Oklahoma. The company stopped its run of beer at its Cartersville, Georgia brewery, and are producing cans of water instead.

The thousands of cans of water will be trucked to those responding to floods, tornadoes and other storm damage in Texas and Oklahoma. Even more water will be donated throughout the year in partnership with the American Red Cross.

“Relief workers and people in the community are in need of drinking water as they work to recover from the storms, and this is one way Anheuser-Busch can help our friends and neighbors,” said Rob Haas, senior general manager, Anheuser-Busch Brewery at Cartersville, in a statement released by the company.