Animal control board decides to not euthanize wolf-dogs in Muncie 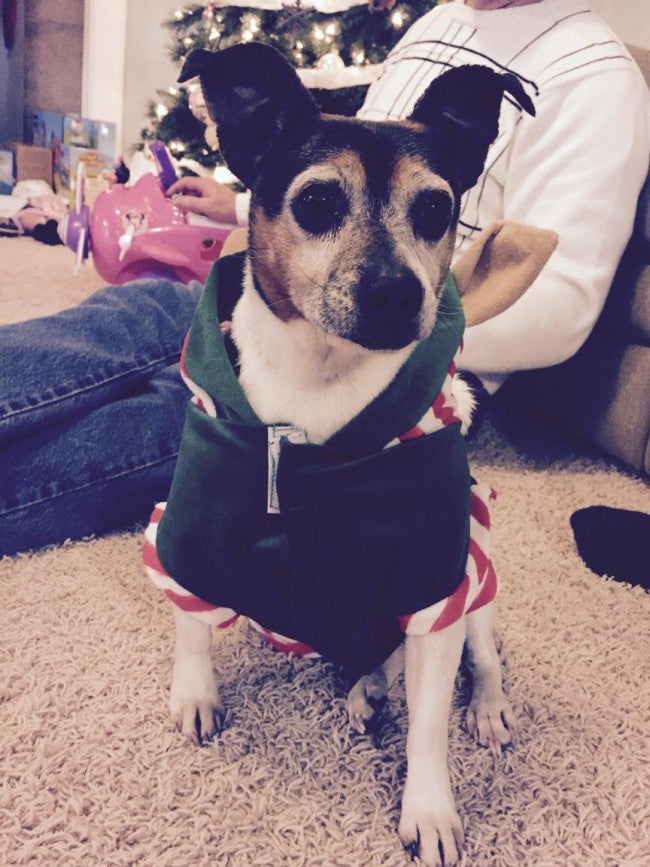 MUNCIE, In. (WISH) — Tuesday night the Muncie-Delaware County Animal Control Board decided to not order euthanization for two wolf-dog hybrids that killed a small dog earlier this month.

The board met at Muncie City Hall Tuesday evening to hear testimony from the public.

Emotions were running high on both sides of the tough debate.

Dozens of people showed up in support of both the woman whose Jack Russell Terrier was killed, as well as the wolf-dog owner.

Ashley Reed is upset about the loss of her Jack Russell Terrier.

She saw her dog Peyton, named for Peyton Manning, get attacked and killed on May 4.

“He had our dog in his mouth shaking him and he obviously killed him,” she said.

Two wolf-dog hybrid animals owned by Stan Stephens, got loose, and walked about a half mile to her home where Peyton was alone in the backyard.

“He wouldn’t drop him and they’d circle my house, circle my porch, come back growl at me,” Reed said.

She told her side of the story at Tuesday’s board meeting.

Stephens and other supporters spoke in defense of his dogs.

“Because my animals are in kennels they don’t get to see a lot of people some of them are shy, some will growl or bark around people that’s what dogs do,” Stan Stephens said.

The board members had to decide whether to put the dogs down or impose other sanctions.

“I’m sorry my dog left the yard and fought with your dog,” he said, ” I don’t want my animals put down. Whatever standards the board dictates for fencing or anything will be met.”

Phil Peckinpaugh from the Muncie-Delaware County Animal Care Department listened to all the arguments and had to make a recommendation to the board.

“There’s really just one item on that checklist and that’s whether or not I think the dogs pose a risk to the public,” he said.

Ultimately, he recommended increased fencing and electrified fencing at Stephens’ kennel instead of euthanization.

We spoke with Ashley Reed after the decision and she said that she’s fine with the decision.

She said she just wants to make sure these dogs don’t get out again.