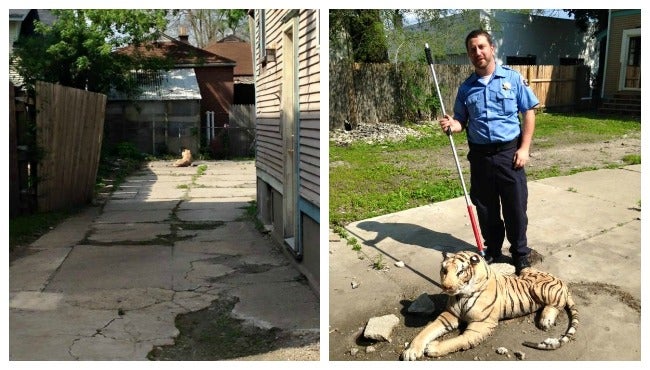 GRAND RAPIDS, Mich. (MEDIA GENERAL) – Animal control officers take calls about wild animals seriously. In Grand Rapids, Michigan, two officers were sent to a home on the southwest side of the city when someone reported a tiger in the area.

When the Kent County Animal Control Officers arrived, they saw what appeared to be a real tiger in someone’s backyard. They approached the animal and soon realized all wasn’t as it seemed from far away.

As the officers got closer, they were able to look through a side fence and quickly discovered the life-sized animal was actually stuffed.

The fear turned into fun and these officers enjoyed the laugh.

They posted some photos for the public to see online and wrote, “No worries Grand Rapids, you are now safe from this wild animal.”