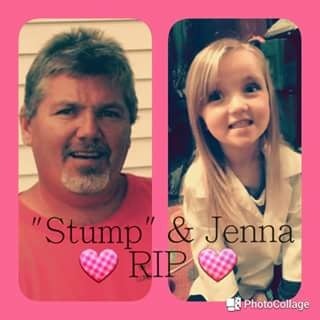 NEW CASTLE, Ind. (WISH) — It’s been more than three years since a 4-year-old and her grandfather died in a house fire in New Castle. The community will remember them by holding the annual memorial ride on Saturday.

The purpose of the ride is to raise money for a scholarship for a local student.

Jenna and Mike Dale died on Feb. 3, 2016. Darla Dale came home from work and found her house on fire. She knew her 4-year-old granddaughter and husband were inside. Jenna Dale’s legacy is still very visible in the community.

After the first memorial ride, a new playground was built at the family’s church and dedicated to Jenna. It’s also right down the street from Darla’s home. She passes by it multiple times a day and remembers the good times with Jenna on the swings.

“I just hope everybody checks their fire detectors,” Jenna’s dad, Brayden Dale said. “I mean if ours were up and running then it could have been a different story there.”

The ride is on Saturday. Registration starts at 10:00 a.m. at the Chug-A-Lug pub in Cambridge City. It’s for both motorcycles and cars. It’s $15 per bike or car and $5 per passenger.

There’s also a 5K taking place on June 1 in Jenna’s name. The money raised from that will go toward the upkeep of her park. It will be held at the Chicago Corner Church in New Castle.