Another levee in danger as seemingly endless flood continues 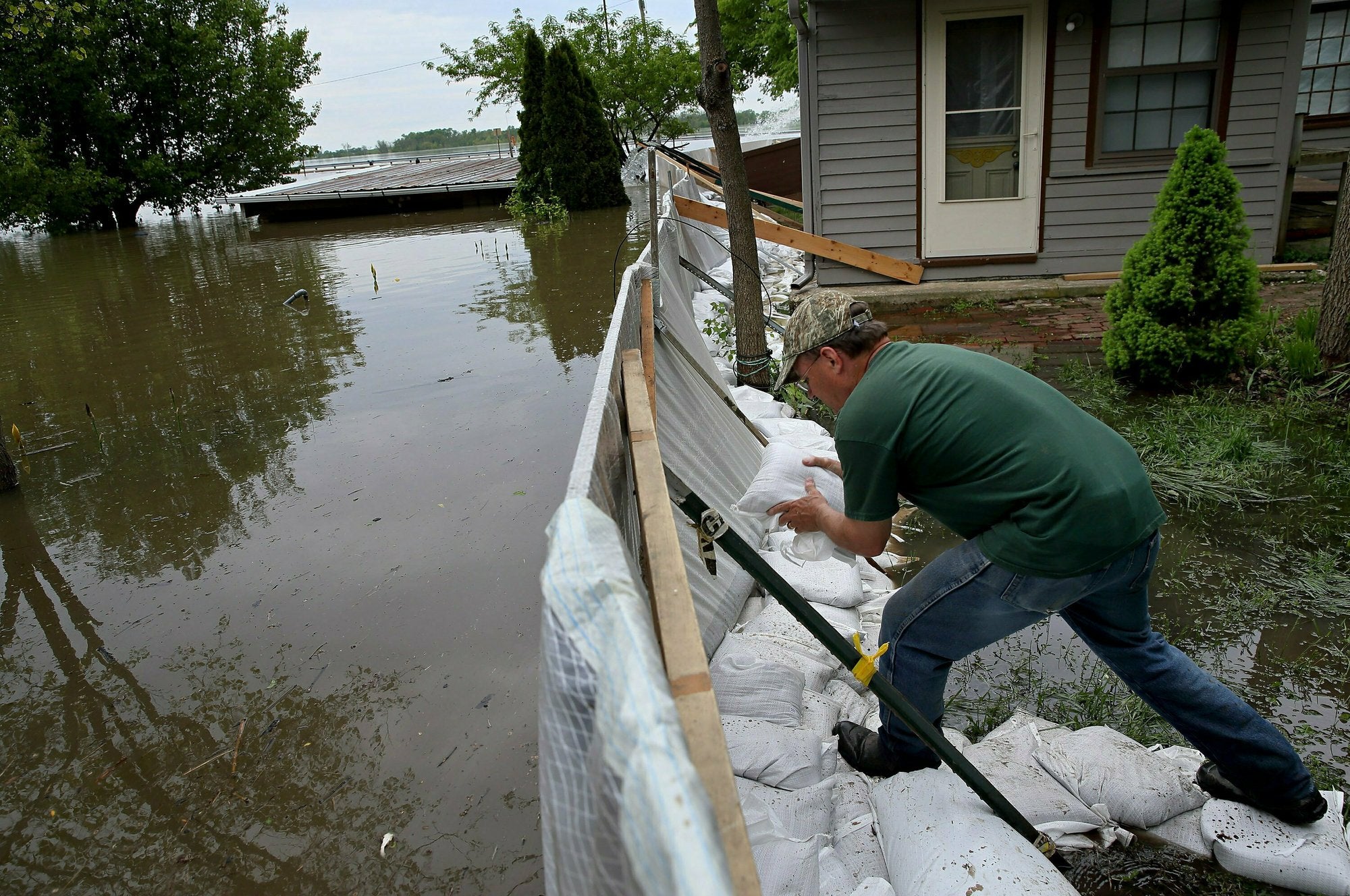 ST. LOUIS (AP) — Residents of a small Missouri town were busy Tuesday sandbagging yet another levee being threatened by a seemingly ceaseless flood.

The Pin Oak Levee protects a little over 100 homes in the low-lying area of Winfield, a Mississippi River community of 1,400 residents 45 miles northwest of St. Louis. The river reached its fourth-highest level ever Monday, and while it was starting to drop, the pressure on the levee was concerning enough that residents were urged to have bags packed just in case they needed to evacuate.

Waves of flooding that began in March have caused significant damage to farmland, homes and businesses throughout the Midwest. At least seven deaths since March have been blamed on flooding. Rivers at many communities have been above flood stage for more than six weeks.

The worst may not be over. Potentially heavy rain over the central U.S. this week threatens to keep the rivers high and potentially cause a new spike.

Several levees in northeast Missouri have been overtopped or breached as the Mississippi River reached near-historic levels over the past week. Lincoln County Emergency Director Jim Sharp said the levee at Winfield is holding for now, but many others near it didn’t.

“We have had levees that have overtopped so we do have water in some homes,” Sharp said. “It’s just that there’s more river than there is levee.”

The National Weather Service issued flood watches Tuesday for parts of Kansas, Missouri, Nebraska, Oklahoma, Arkansas and Texas. Communities along the Mississippi River remained under flood warnings. The river remained closed at St. Louis due to high water, and several locks and dams between Clarksville, Missouri, and Prairie du Rocher, Illinois, were closed.

The U.S. Coast Guard ordered the Illinois River closed to all commercial and recreational traffic due to high waters north and south of Peoria. The river crested in Peoria Monday. A sandbag wall protects downtown.

The National Weather Service has the Illinois River at major flooding levels from Peoria south to its confluence with the Mississippi River.