April the Giraffe gives birth: What to expect now that the baby is born 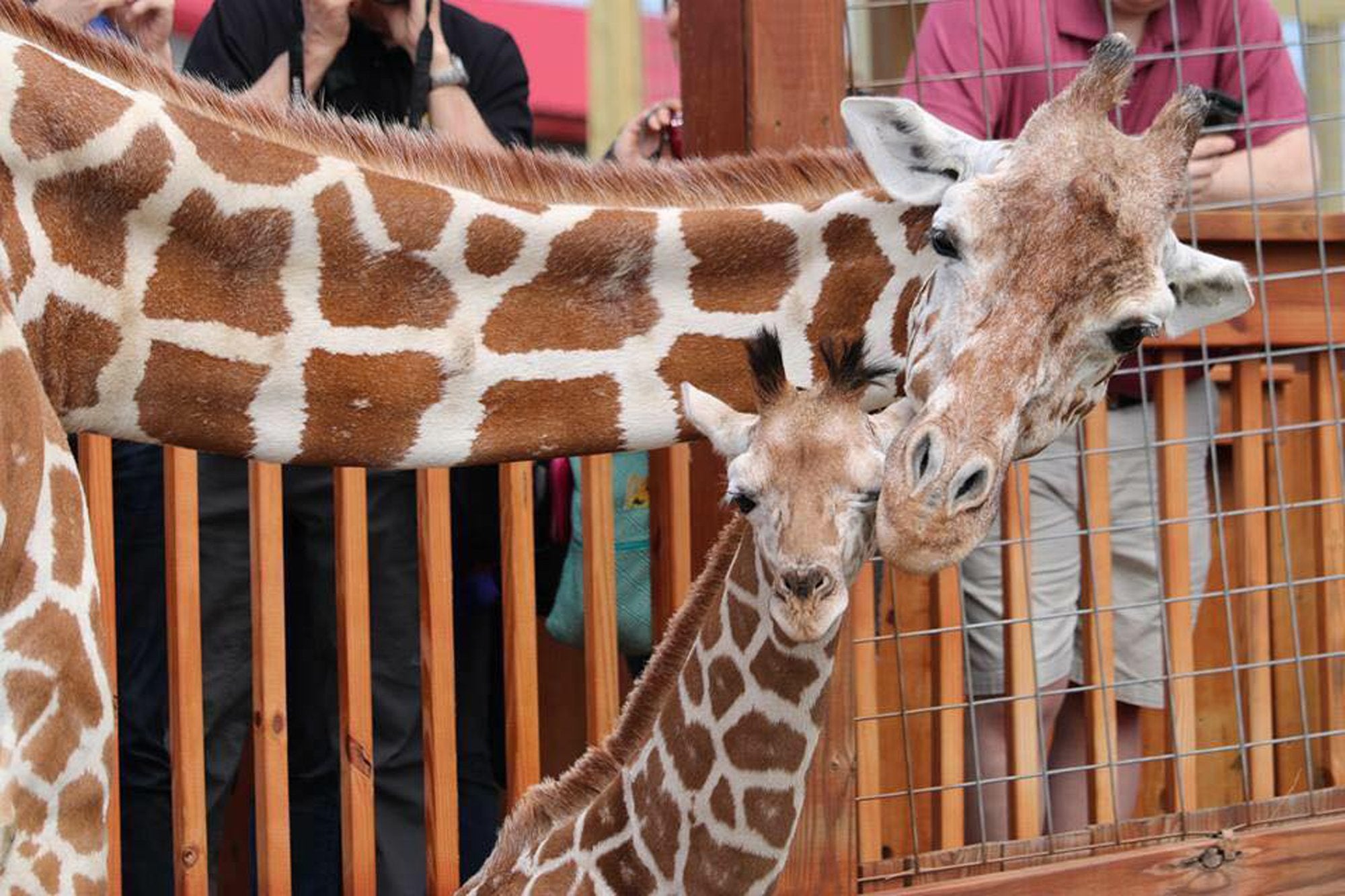 TAMPA (WFLA) – (WFLA) — Animal lovers around the world are in for an exciting St.Patrick’s Day weekend! April the giraffe gave birth to her baby giraffe at the Animal Adventure Park in New York just before 1 p.m. Saturday afternoon.

Many are probably wondering what to expect after its much-anticipated birth, so we’ve compiled a few baby giraffe facts that will help you get to know the young calf as it grows.

How big will the newborn be once it’s born?

Well, according to Animal Planet, a giraffe calf is usually born weighing between 100 and 150 pounds, measuring in at 6 feet tall. The average gestation period for a giraffe is 15 months, but April has been baking her baby in the oven for 17 months now, two months past her due date. This baby could come out pretty big.

How has the zoo prepared for her birth?

Usually, zookeepers work with giraffes for years to prepare them for birth by getting them used to technology and devices used during the delivery process that keep the baby and the mother safe. Sometimes they use a restraint device (GRD), which keeps giraffes in place for ultrasounds and delivery in case of emergencies.

When do giraffes start to walk?

It only takes about 30 minutes to an hour after birth for a calf to start standing and walking. Their mobility is necessary for them to be able to nurse from their mother. Within the first day, they are expected to run.

What’s in the baby’s diet? And how long do they nurse from their mothers?

As previously mentioned, a newborn giraffe begins nursing from his mother shortly after birth. After four months, they start eating solid food like leaves and continue nursing for 9 to 12 months. Weaning ages vary 6 to 17 months.

What are some other fun facts about giraffes?