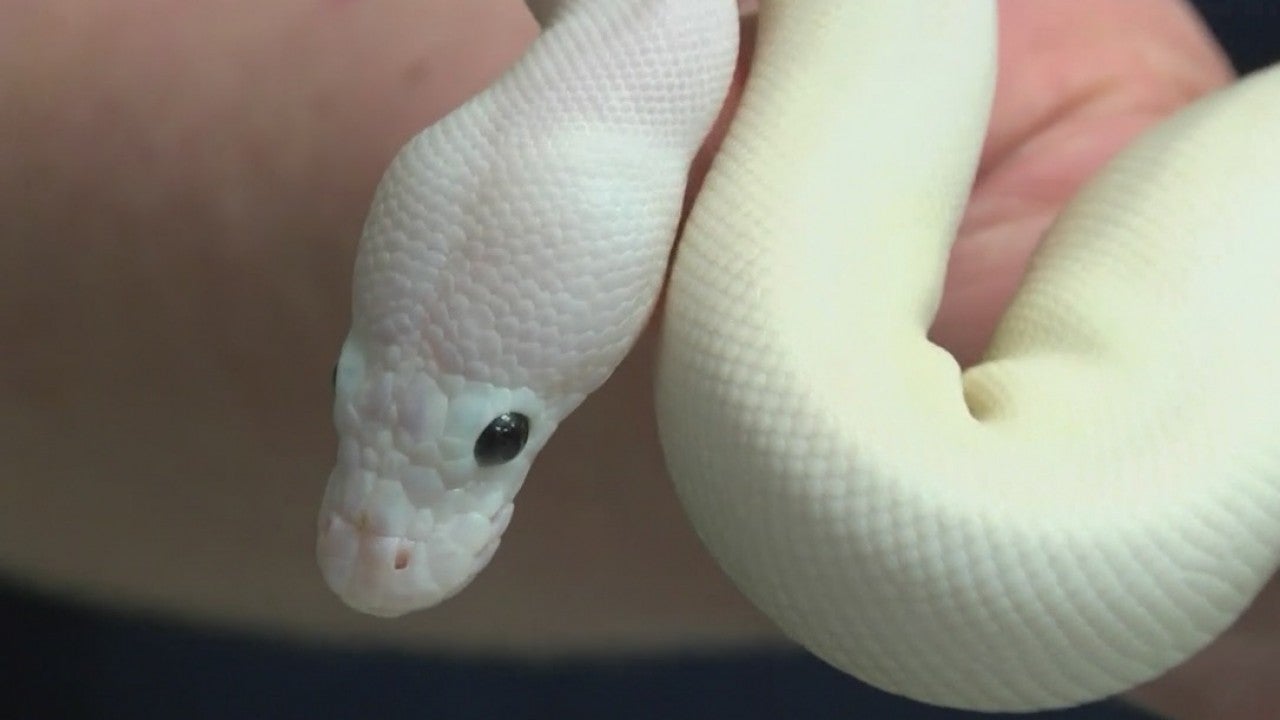 WEST LAFAYETTE, Ind. (WLFI) — Indiana lawmakers say they are open to hearing more on how laws could be stronger when it comes to constrictor snakes.

Legislators, though, say Indiana’s laws are already strict and that it comes down to the responsibility of the animal owner. “I’m not sure what you could add,” said state Sen. Ron Alting.

Alting is responding to the Humane Society of the United States’ call for action. “Although I’m open-minded to listening to them on what suggestions they may have,” he said.

According to the society, Indiana has 19 incidents involving large constrictor snakes.

“Unfortunately, I think sometimes, throughout the country, citizens get attached to these animals and perhaps forget the nature of the beast,” Alting said.

Some of these beasts can grow up to 30 feet long.

“That’s why the state of Indiana has stringent laws,” Alting said.

Samantha Morton, the Indiana director for the Humane Society of the United States, said 13 people have died from large constrictor snakes in the U.S. since 1990.

Morton said Indiana doesn’t know how many constrictor snakes are owned by people in the state. She said the Humane Society of the United States would like to see more regulations.

“We can do something to prevent tragic situations,” Morton said.

Morton added that laws could create a permit system for ownership of dangerous wild animals.

Snake handler Jeffery Reeves said he doesn’t know how legislators would enhance legislation without hurting snake owners. “I don’t know if they would just ban the species altogether or just, you know, once it hits a certain size, I don’t know what they’d expect us to do with them,” Reeves said.

The snake handler said he wants change to happen without having to give up his snakes. “I wouldn’t want to see them banned altogether,” Reeves said. “Like at the most I would like to see maybe a permit.”

• Constrictor snakes are not pets and require specialized expertise. As pets many suffer from starvation, dehydration, parasites, respiratory infections, mouth rot, and other symptoms of neglect.

• While most were asphyxiated by these powerful predators, one person suffered a heart attack during a violent struggle with his python and a woman died from a Salmonella infection.

• Children and adults have been killed by constrictor snakes ranging in length from 7-1/2 feet to 16 feet in the U.S.

• Four babies sleeping in their cribs, as well as three other children have been squeezed to death by large constrictor snakes.

• Victims have ranged in age from a 7-month-old baby to a 48-year-old man.

• Children have been attacked while playing in their yards, compressed to the point of unconsciousness, nearly blinded when bitten in the face, and suffered numerous other painful, traumatic and disfiguring injuries.

• Unsuspecting people have been attacked by escaped or released constrictor snakes while tending to their gardens, sleeping in their beds or protecting children and pets playing in their yards. One woman discovered an 8-foot python in her washing machine; the snake later bit an animal trapper she had called.

• Frightened residents have discovered these deadly predators emerging from gardens, attacking pets and wildlife in their yards, hiding in bathrooms and slithering through hallways of apartment buildings.

• May 17, 2018, Beech Grove: Residents were warned that a 14-foot Burmese python escaped from a neighbor’s house five days earlier and had not been found.

• Aug. 8, 2014, Hamilton County: A 5- or 6-foot pet reticulated python who had been missing for at least seven days was found a few blocks from the owner’s home.

• October 20, 2013, Mitchell: A giant python abandoned by a tenant at Lakeside Estate Mobile Home park made its way to another mobile home’s ductwork and was discovered when the homeowner was making repairs. According to the park manager, “It’s huge. The couple have a child and they were worried about the snake getting into the house.” An animal trapper advised them to poke at the snake with a stick until it came out.

• Sept. 4, 2013, Noblesville: Neighbors notified police that a resident’s 8-foot red-tailed boa constrictor was loose after they received flyers warning them of the missing snake. The snake disappeared two days earlier from a home located near an elementary school while eating a rabbit outdoors. Police, animal control and the county sheriff’s office were trying to locate the snake.

• April 9, 2013, Muncie: Two landlords found a 4½-foot red-tailed boa constrictor curled up in the bathroom’s heating vent near the toilet. The snake had been left behind by the previous tenant. A wildlife rehabber was called in to remove the snake.

• September 5, 2012, Union City: A resident contacted police to report a pet python had escaped and was on the loose. The python was found two days later inside the walls of the home.

• July 9, 2012, Santa Claus: Authorities warned residents of the gated community of Christmas Lake Village to be on the lookout for a 13-foot albino python after state wildlife officials received a tip that someone released their unwanted pet snake in the area.

• May 7, 2012, Fort Wayne: A couple was arrested and faced charges of physically and emotionally abusing four children ranging in age from 1 to 8. Among the alleged abuses were threatening to put the children into the cage with their pet boa constrictor and putting their heads inside the cage. Three of the four children were diagnosed with post-traumatic stress disorder.

• Aug. 1, 2011, Greenwood: Police officers responding to a 3 a.m. call about a snake in the road discovered a 5-foot boa constrictor. Animal control officers were called in to capture and remove the snake.

• March 25, 2011, Greenwood: A university student investigating a noise in her bathroom found a 4-foot baby python hiding in the ceiling vent. A maintenance crew removed the snake. It was determined that the snake had likely belonged to a former tenant who kept snakes in the apartment below.

• Aug. 29, 2010, Lafayette: An 11-foot Burmese python was spotted by fishermen along a creek bank and in the vicinity of two families with young children playing. Authorities responded and shot and killed the snake.

• June 27, 2010, Hope: A 1-year-old boy was bitten on the hand by a 4-foot pet boa constrictor who escaped from a cage and was hiding in a dresser drawer. The snake had been on the loose for a few days.

• July 2009, Hope: A 5-foot red-tailed boa constrictor escaped when the owners put the animal in the backyard while they cleaned his tank.

• Sept. 27, 2007, Hendricks County: A 14-foot Burmese python in a Plexiglas case was found by a repairman and sheriff’s deputies in an abandoned home.

• Sept. 4, 2006, Lanesville: A 23-year-old man with experience handling reptiles was killed by his 14-foot reticulated python. A medical examiner determined that the death was consistent with asphyxiation caused by compression of the neck and chest.

• August 2006, Hamilton County: Three boaters discovered a dead 19-foot python on the banks of the White River. Authorities speculated that the snake was a pet who had escaped or been discarded.

• July 7, 2004, Terre Haute: A 15-year-old girl was treated for a wound after she was bitten by her neighbor’s pet python. The neighbor, who had purchased the snake at a pet shop, admitted that he had also previously been bitten by the snake.

• May 2002, Indianapolis: A 10-year-old boy was attacked by a 10-foot Burmese python brought to a pet store by a customer. The snake bit him on the chest and shoulder, inflicting about 40 puncture wounds, and coiled around his shoulders. The boy’s mother filed a lawsuit against the pet shop for the physical pain and mental anguish her son suffered as a result of the incident.

• Nov. 4, 1994, Indianapolis: A 13-foot, 30-pound python bit a 4-year-old boy on the leg and coiled around his chest and legs, cutting off circulation, while the boy was playing in his basement. Five men were unable to pull the snake off the boy, so rescuers chopped off the snake’s head with an ax. The boy was treated at a hospital.

At least 18 people have died from large constrictor snake-related incidents in the United States since 1978; 13 of those since 1990. In 2006 in Indiana, a 23-year-old Lanesville man was killed by his 14-foot reticulated python.