Are smart meters safe and secure? 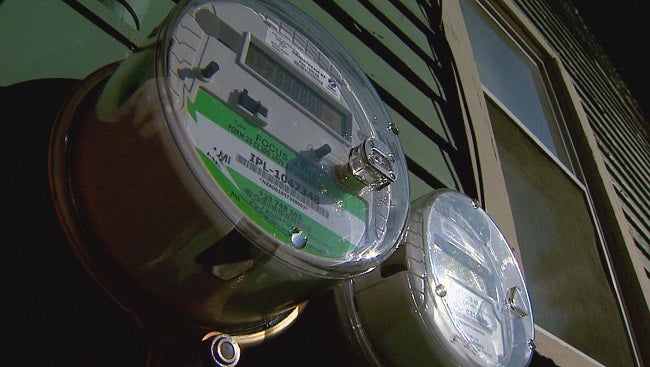 INDIANAPOLIS (WISH) — Could new technology meant to save energy and money be dangerous and invade your privacy? One Indianapolis woman was wondering, so she came to I-Team 8 for answers.

Our viewer, who asked us to use her nickname “JR,” initially came to us worried the new smart meters might be a fire hazard. But as we began to investigate, we learned she’s not the only one with those concerns, and there are cybersecurity concerns as well. JR first learned about the smart meter in a pamphlet that came with her regular power bill from Indianapolis Power and Light.

“They stated that they would be putting in a smart meter,” JR said.

She got on the internet to learn more about smart meters, also known as AMI, or Advanced Metering Infrastructure. What she saw scared her: reports of the meters causing fires.

“I’m just a regular, average American and I work hard for what I have,” said JR. “I don’t want my house to burn down. It’s old, but it’s still my home.”

I-Team 8 started digging. The Indiana Department of Homeland Security Division of Fire and Building Safety had no data on smart meters. The U.S. Fire Administration does not collect data that differentiates between smart meters and traditional meters. However, the U.S. Consumer Product and Safety Commission had 20 reports about smart meters. The reports are generated by consumers who go online and make a report, so it’s impossible to say if the problems are valid. Of the 20 reports, nine were about fires and eight were about electricity issues.

Those weren’t the only concerns we found. Others are worried not about the physical safety of smart meters, but the cybersecurity.

“The security flaws that can exist in the smart meters can, in fact, be many,” said Larry Pesce, a SANS certified instructor.

Pesce is a penetration tester – which means he acts like a hacker and, with permission, exposes cybersecurity issues. He found out how hackers can get into a smart meter and what info they might be able to get.

He said they can also see how much power you’re using and when.

“I’ve seen some research that they can even tell what was being shown on your TV,” said Pesce.

If someone can tell how much power you’re using, they can figure out when you might be out of the house, possibly giving them an opportunity to break in or commit other crimes. But Pesce himself has a smart meter, and says the amount of time and effort it would take to hack in would probably not be worth it.

I-Team 8 took these concerns to IPL to see what they’re doing to keep your home safe.

“Our IPL field technicians that are out there servicing the meters, we have trained them and they know how to identify the signs that might indicate that there is meter damage or there could be meter damage,” said Clarie Dalton, a spokesperson with IPL.

They are confident you’ll be safe and say the new smart meters might even be more safe than the meters on homes right now.

IPL said all the data coming from the smart meters is encrypted and does not contain any identifying information. Still, JR wants to be able to choose if she gets a smart meter.

“We heard that customers want an opt-out program and that’s something that we don’t offer, but we are really confident in the technology that we’re utilizing,” Dalton said.

IPL has no plans to let customers opt-out in the future.

According to the Edison Foundation, there are more than 65 million Americans with smart meters, and more than half a million of those here in Indiana. If you still have concerns about smart meters, IPL invited you to give them a call at 317-261-8222.