Are The Rolling Stones heading to Indy? 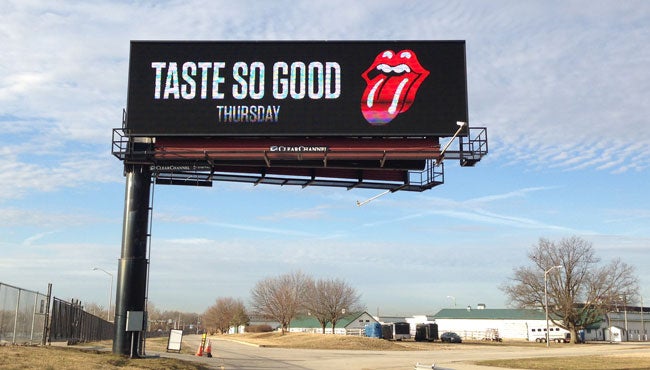 INDIANAPOLIS (WISH) – An Indianapolis billboard appeared Wednesday that may give credence to a rumor that The Rollings Stones are planning a tour stop in Indianapolis.

A music website has reported the Stones are working to create a July 4 tour stop at Indianapolis Motor Speedway, but no official sources have confirmed the rumor.

Meanwhile, the band has been asking people to sign up for what appears to be a tour announcement, using the Twitter hashtag #SatisfactionThursday.

Wednesday, a digital billboard near the Indiana State Fairgrounds displayed the iconic mouth and tongue The Rollings Stones are known for with a banner that says, “Taste So Good.” Underneath, the word “Thursday” appears.

The billboard and hashtag hint at a major Thursday tour announcement, and the billboard’s presence in Indianapolis would suggest a stop in the Circle City. But, for now, there’s no official word.