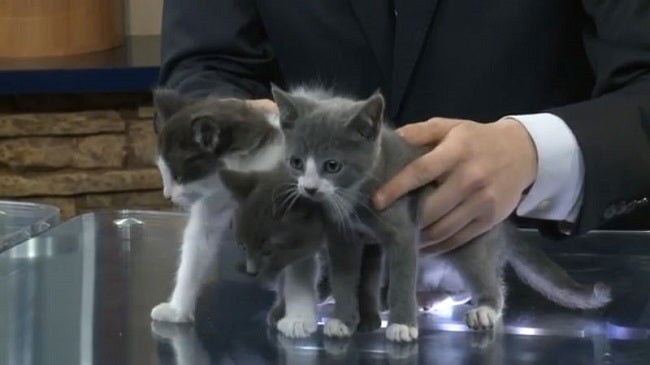 LAS CRUCES, N.M. (KRQE) – A special perk county workers have in one New Mexico office has caught the internet’s attention.

Since 2012, the Animal Care Center of Mesilla Valley and Dona Ana County have worked together on the Kitty Kondo, a cat habitat set up inside the Dona Ana County Government Center that’s filled with adoptable cats.

It turns out the Kitty Kondo isn’t just a spot for cats to be seen and hopefully adopted.

According to a post on Reddit by a county worker, it’s also a cat library of sorts for workers there. They’re apparently allowed to borrow the cats and bring them back to their desks.

The extra attention helps the cats acclimate to being around humans and is apparently a nice morale boost for employees.

In the few days that post has been up, the “cat library” post has racked up more than 1,200 comments and has gotten coverage on BuzzFeed as well as the Huffington Post.

Apparently a lot of people want kittens as coworkers.