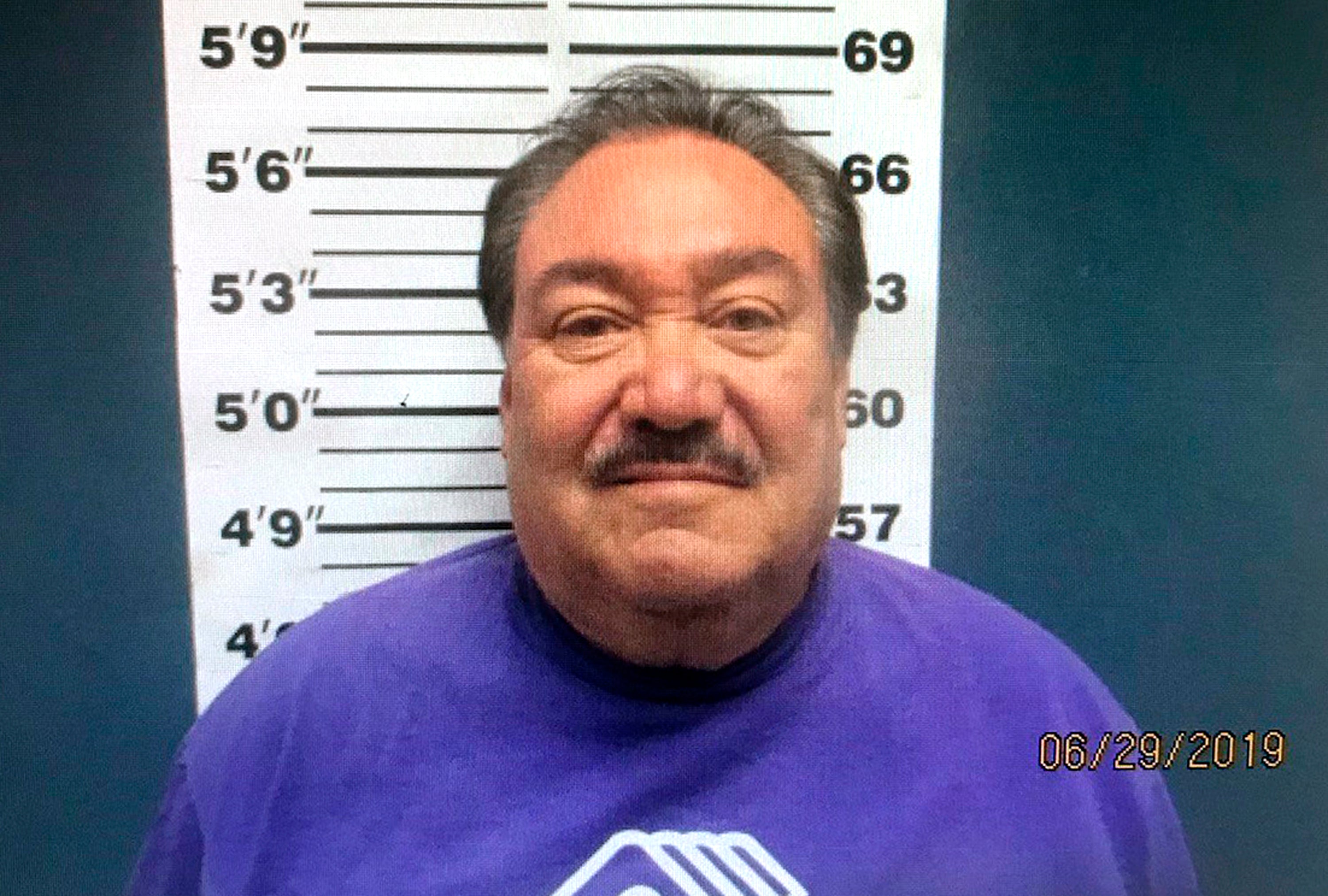 ALBUQUERQUE, N.M. (AP) — A New Mexico state senator expressed surprise when he was told he was being arrested on a drunken driving charge, slurring his speech as he lay in an emergency room and saying to an officer, “Are you serious? Jesus Christ.”

The comments from Sen. Richard Martinez, D-Espanola, appeared in police lapel video released Monday. Police said he crashed his Mercedes SUV on Friday night into the back of a vehicle that had two people inside stopped at a red light in Espanola, north of Santa Fe.

The video showed Martinez’s vehicle smashed in the front, while the Jeep he hit sustained less damage. The driver of the other vehicle held his neck and told police he was going to throw up, officers said.

He and the woman in the Jeep were taken to the hospital, police said.

“This could have been a lot worse,” Officer Dustin Chavez told Martinez in the video.

Martinez did not respond to Associated Press calls requesting comment. He was released from the hospital the night he was arrested and booked in the Espanola jail, records show.

Police said Martinez had bloodshot eyes, slurred speech and smelled of alcohol when he first told police at the crash scene that he had one or two beers. He later said he had three glasses of wine and that he was coming from a meeting in Santa Fe when the crash happened.

Martinez, 66, became a state senator in 2000 after serving as a magistrate judge in Rio Arriba County. He has served for years as the chair of the Senate’s Judiciary Committee.

In this year’s legislative session, Gov. Michelle Lujan Grisham, a Democrat, commended Martinez as instrumental in helping advance gun control reforms, including a bill that went into effect Monday to expand background checks on firearms sales.

The governor’s spokesman said in a brief email that her office would be following the incident as more is learned about it.

“Naturally we’re glad for the reported safety and well-being of the folks involved in the accident,” said Tripp Stelnicki, Lujan Grisham’s spokesman. “Far too many times in New Mexico these kinds of cases result in terrible injury and death.”

Martinez’s fellow Senate Democrats described him as a “valued member” of their caucus entitled to due process, while calling drunken driving a serious issue in the state.

“This is a difficult situation,” New Mexico State Senate President Pro Tem Mary Kay Papen and Senate Majority Leader Peter Wirth said in a written statement. “Our immediate concern is for the well being of everyone involved in the accident.”

Martinez has five days to appear before a magistrate judge on charges of aggravated DWI and reckless driving, according to a court official.

He refused a breathalyzer test, and could not move his fingers as an officer directed. He also appeared to struggle to count backward from 31 to 14.

Martinez’s arrest comes just more than a year after former state Rep. Monica Youngblood, R-Albuquerque, was arrested at a DWI checkpoint. She was found guilty by a judge after a bench trial in October and lost her re-election bid the following month.

Body camera video from her arrest showed her telling an officer that she was a lawmaker who advocated for police.

While portions of the police video involving Martinez’s accident are inaudible, it does not appear he referenced his status during conversations with police.

Officers, however, noted at the crash site that he is a lawmaker, and that his vehicle had a special license plate for senators. It reads “SEN 5.”

“It’s still a fairly tight community, so people know who he is,” said Sgt. Jeremy Apodaca, an Espanola police spokesman.