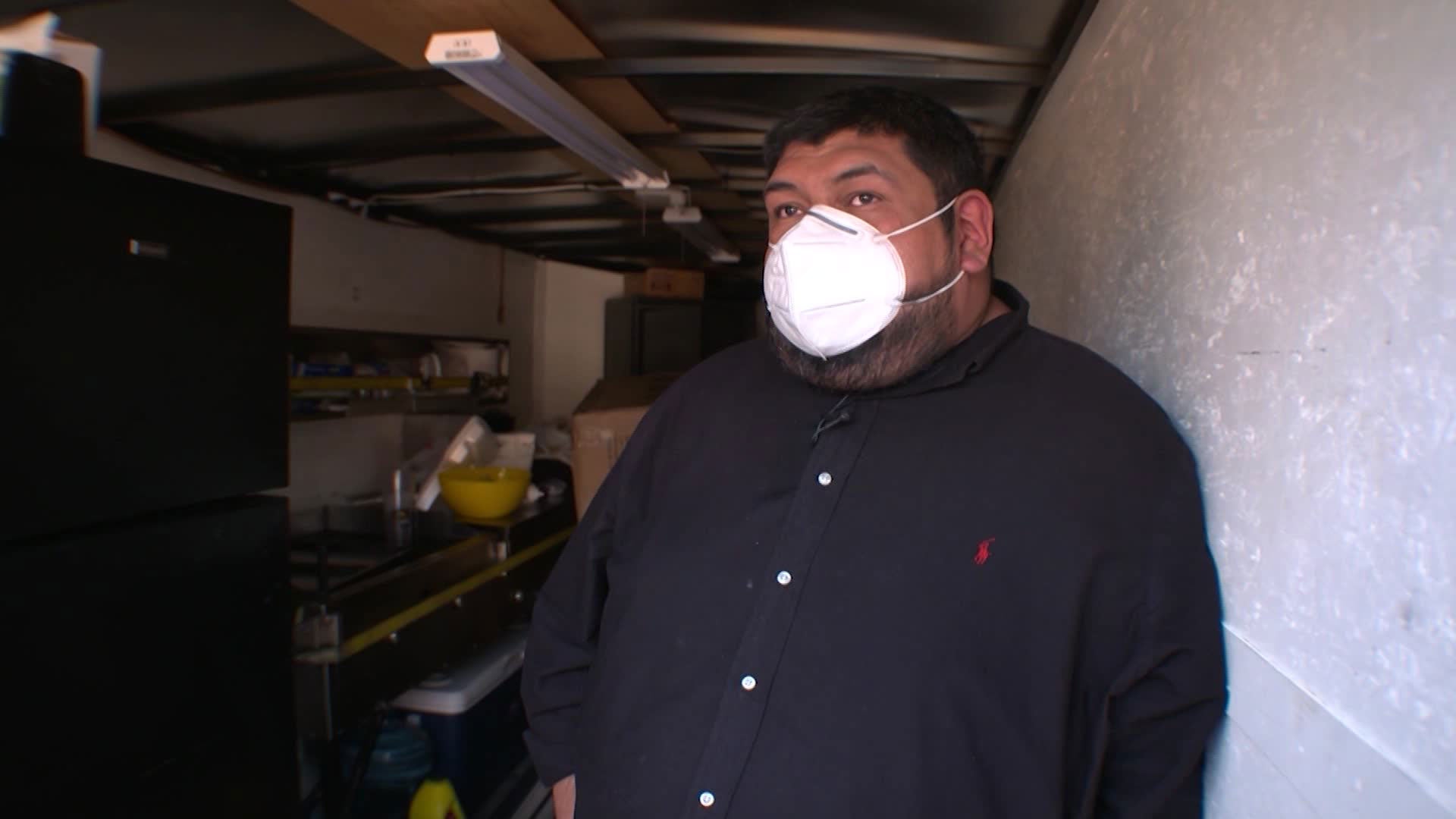 (CNN) — The Aguirre family was living the American dream. Then came the coronavirus nightmare.

Over a course of 10 years, the Arizona family built up its business. They went from selling tamales from the back of a minivan to running a popular food truck and a successful catering business in Phoenix — Tamales y Tacos Puebla — with a long list of corporate and wedding clients.

The trouble began when Arizona — like other states — began putting restrictions on businesses and asking people to stay home in an effort to stop the coronavirus from spreading. Almost overnight, Ricardo Aguirre said, business dried up in March.

Then, despite all precautions against the virus, a family member got sick. Then another and another and another. Now, seven months after the shutdown, seven people in Ricardo Aguirre’s extended family and his father, Jesús, 67, have died of Covid-19 complications.

“I don’t want to cry, because I know God has something better for me,” said an emotional Aguirre, 42, while standing in a trailer containing everything that’s left of his business.

“I feel so incompetent,” he said.

Before the shutdown, the family’s food truck business was thriving. They had a prep kitchen in downtown Phoenix to prepare food for catering.

Cooking is in the family’s DNA. Aguirre’s grandfather had a bakery in Mexico City and was known for his “superior” French bread, Aguirre said, and his grandmother was a chef at a cafe in Sanborns, a popular department store there.

The tamales, a signature dish on the Tamales y Tacos Puebla menu, were from a family recipe that the Aguirres say they had perfected.

But within seconds of the shutdown, Aguirre said, customers began canceling. All of the jobs that were scheduled for the next year were gone, along with the deposits the customers had made.

“My checking account went negative,” Aguirre said. “It was just like, literally a matter of seconds, when I started seeing my livelihood go away.”

Hope, as it does, drove Aguirre on.

Maybe the business could open for Cinco de Mayo, he thought, and he opened a GoFundMe account hoping the “community could, you know, help us out” in getting enough funds together to help the business get up and running again for the celebration.

On May 1, though, family members started having Covid-19 symptoms. Aguirre, his wife, both his parents and two of his three sons were infected.

His mother and father had long hospitals stays and were eventually intubated. Though at one point he seemed to be getting better, Aguirre’s father died September 11.

“It was very hard because we did everything together,” Aguirre said, fighting back tears. “Forty-two years being by his side.”

His mother still struggles with pulmonary issues from the disease.

The family members were careful — wearing masks and using hand sanitizer constantly — and Aguirre says he has no idea how they contracted the virus.

With no way to make payments, the family’s food truck was repossessed, and Aguirre lost the prep kitchen, too.

And with no health insurance, Aguirre’s family faces hundreds of thousands of dollars in medical bills, showing CNN bills that neared $1 million.

Aguirre has applied for small business loans, but was turned down, because money for the program ran out, he wrote on the GoFundMe page.

Figuring out where to go from here isn’t easy. Aguirre is weighing an offer to drive a truck, but that would mean leaving his pregnant wife and his sick mother.

And investing in getting the family business back up and running carries the risk of getting shut down again in the predicted surge of coronavirus infections over the fall and winter.

“So let’s say I get another place where I can cook, and I get the permits paid and everything. Influenza season is coming. They say it’s going to get worse,” Aguirre said.

Next month, the Aguirres are expecting their first daughter, and she will be named after her grandmother and grandfather: Guadalupe De Jesús.

“Now, with this going on, I just ask God for strength to get me by another day. That’s all I ask for.”

Asked about his response to President Donald Trump’s tweet saying “Don’t be afraid of Covid. Don’t let it dominate your life,” Aguirre’s response was gracious.

“May God continue to bless you and your family,” Aguirre said. “I don’t wish you anything wrong. Nothing bad at all.”