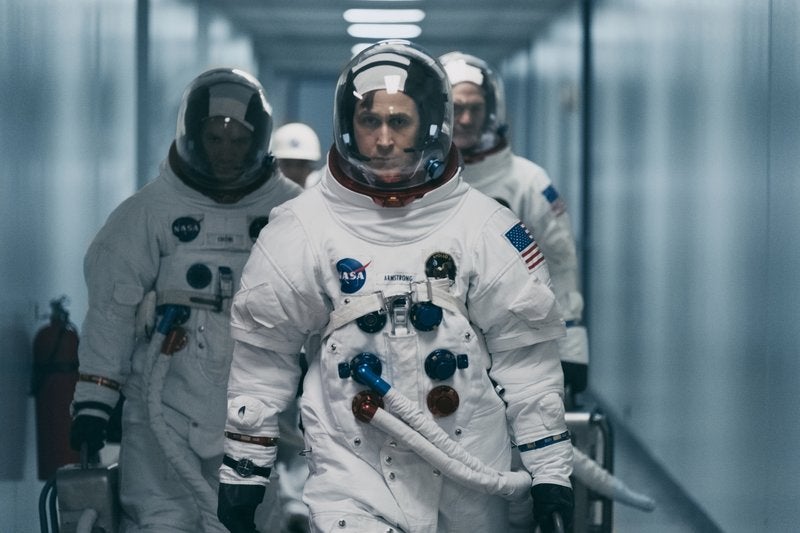 NEW YORK (AP) — The sons of Neil Armstrong are defending Damien Chazelle’s docudrama about the moon landing after conservative pundits decried the film’s lack of emphasis on the American flag’s planting on the lunar surface.

In a joint statement Friday, Rick and Mark Armstrong, along with “First Man” author James R. Hansen, denied that Chazelle’s film is “anti-American in the slightest.” ″Quite the opposite,” they said.

“This story is human and it is universal. Of course, it celebrates an America achievement. It also celebrates an achievement ‘for all mankind,’” said the Armstrongs and Hansen. “The filmmakers chose to focus on Neil looking back at the earth, his walk to Little West Crater, his unique, personal experience of completing this journey, a journey that has seen so many incredible highs and devastating lows.”

Though “First Man” includes several shots showing the American flag on the moon, it does not depict the flag planting. After the film premiered earlier this week at the Venice Film Festival, some commentators on social media who hadn’t seen the movie criticized the film. They were reacting largely to Ryan Gosling, who stars as Neil Armstrong, telling reporters in Venice that the astronaut’s accomplishments “transcend countries and borders.”

Columnist Bill Kristol claimed the film was “a foolish and pernicious falsification of history.”

But Chazelle said the decision around the flag planting wasn’t political but aesthetic. The “La La Land” filmmaker was motivated to portray the risks and challenges of the moon mission through the eyes of Armstrong.

“The flag being physically planted into the surface is one of several moments of the Apollo 11 lunar EVA that I chose not to focus upon,” said Chazelle. “To address the question of whether this was a political statement, the answer is no. My goal with this movie was to share with audiences the unseen, unknown aspects of America’s mission to the moon — particularly Neil Armstrong’s personal saga and what he may have been thinking and feeling during those famous few hours.”