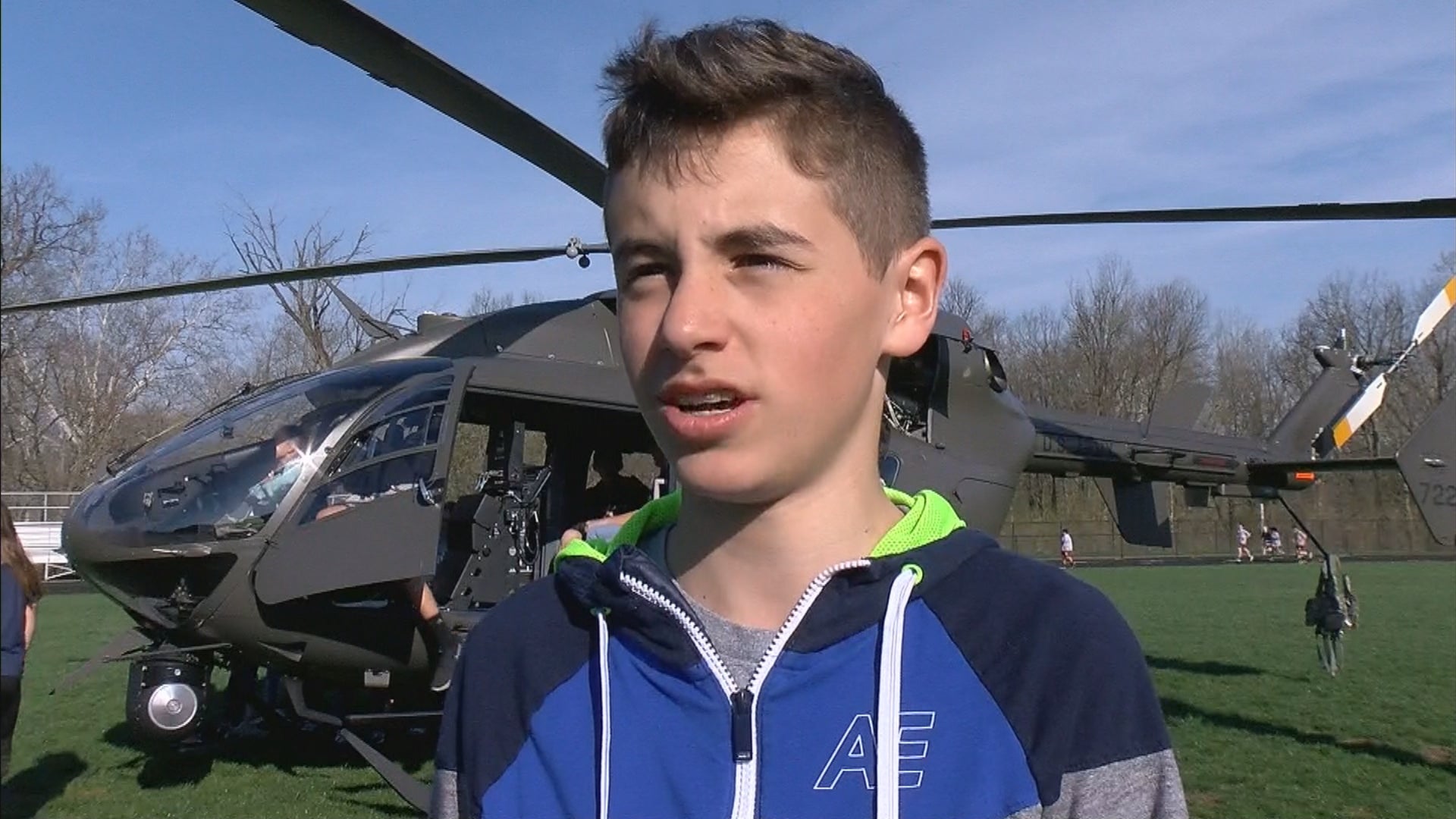 FISHERS, Ind. (WISH) — Members of the Indiana Army National Guard flew in on a military helicopter Tuesday to pay a visit to Riverside Junior High School.

Seventh- and eighth-graders at Riverside got to not only see the helicopter, but also talk to servicemen and servicewomen about flying it, how it’s made and its maintenance.

The idea was to get kids interested in the engineering and technology behind the equipment. The kids are about to start a project making a rubber-band airplane.

Bradley Bill, an engineering and technology teacher, said, “It’s a great opportunity for my students to see the concepts of lift and thrust on an Army helicopter and how that relates to the project that we make in our class with the rubber-band-powered airplane. So, it’s very neat.”

Eighth-grader Tyler Schiesser said, “I think it’s pretty cool. I’d never seen a helicopter fly close up, and it’s kind of crazy to see all the technology involved in the helicopter, the making of it.”

The kids also got to learn about the National Guard and its mission in keeping us safe.