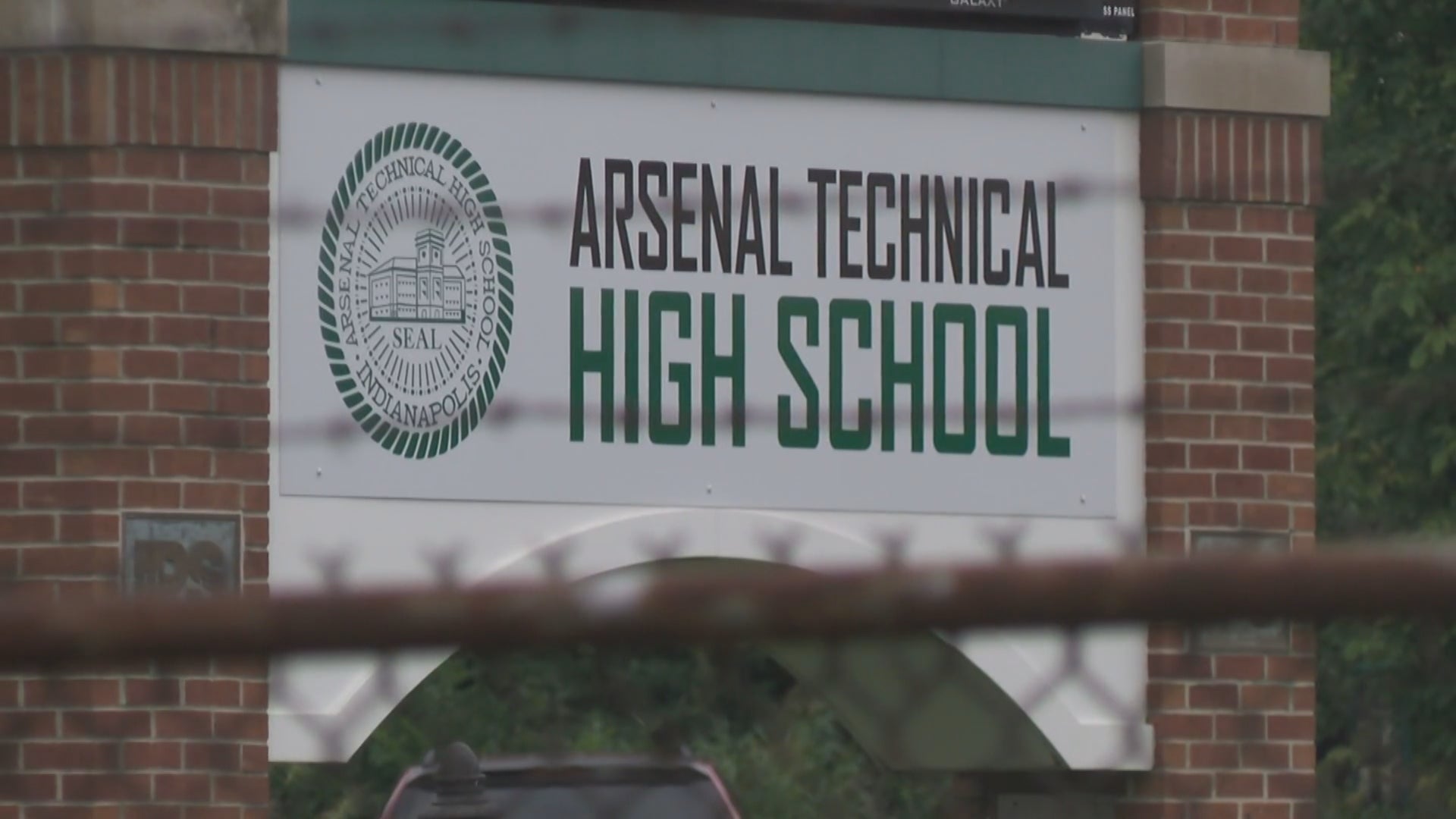 INDIANAPOLIS (WISH) — Arsenal Tech High School Principal Corey Franklin on Friday talked about a fight at the school that resulted in 13 arrests and eight injuries.

“We are Titans and because we are Titans we’ll continue to forge ahead. We are giants and we’ll stand tall,” Franklin said. “And that’s been my message.”

When asked how the fight started, Franklin said, “I can’t speak to that.”

An Indianapolis Public Schools spokesperson also declined to say what sparked the altercation.

A source within IMPD said police believe the fracas might have started as a food fight when some students got upset at other students who had transferred from Broad Ripple High School, which closed at the end of the last school year. Thousands of students picked new schools and transferred this year after IPS closed three high schools.

“We have made great strides to ensure that all of our families that chose Tech receive the best educational experience and high school experience,” Franklin said.

Franklin said the school added police to campus Friday and school leaders watched students closely to ensure kids got on and off the bus safely.

IPS said the school staggered lunch dismissal times so students could walk through the halls smoothly.

Parent James Turner, whose son transferred from Broad Ripple to Tech this year, said four words entered his mind when he heard about the fight: “I told you so.”

“When you’ve got most of the worst neighborhoods in the city in one building and not enough staff on hand to (control students), I think that’s the problem,” Turner said.

IPS declined to say what disciplinary actions the district is taking.

An IMPD source said about 300 students were involved, although a district spokesperson later said the fight involved “a few students” and more than 100 watched.

Turner said his son was not a part of the fight but, as a dad, he is concerned.

“Most of your social media beefs, those kids don’t get to see each other during the day because they go to different schools so that keeps the trouble down,” Turner said. “Now that we done put all those in the same school, the trouble is gonna be immense.”

Turner said he’d like to see IPS open another high school to open up space and ease tensions.

IPS said they are working with a team of social workers to support students on campus. The district said the Peace Learning Center, a group that teaches conflict resolution, has been working with students since they announced the new high school model.

An IPS spokesperson said three of the eight people injured in the fights were taken to a hospital. All of the injuries were minor, IPS said.