Art exhibit opens at UIndy in honor of Veterans Day 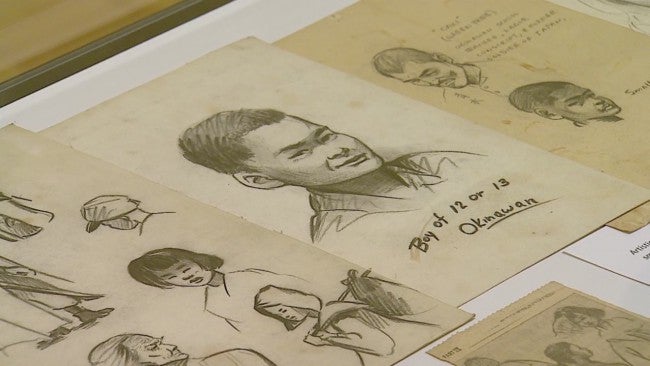 INDIANAPOLIS (WISH) – The University of Indianapolis opened a one-of-a-kind art show in honor of Veterans Day.

“Faces of War” features the art of T.L. Harby.

It depicts scenes from World War II, however the sketches were created in very unique circumstances.

Harby created them while he was serving in the 6th Marine Infantry, during the invasion of Okinawa.

They served as a visual diary, and a first-hand record of the war in the Pacific theater.

“There are a lot of feelings going ashore there, even though nobody’s firing at that particular moment,” said Mayor Greg Ballard, who attended the opening. “It’s difficult to imagine what’s going through people’s heads. And it’s even harder to capture.”

The exhibit runs through December 11.