Ashley Madison CEO steps down in wake of hacking 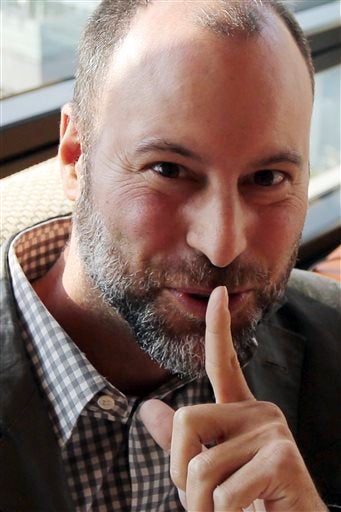 NEW YORK (AP) – The CEO of the company that runs adultery website Ashley Madison is stepping down in the wake of the massive breach of the company’s computer systems and outing of millions of its members.

“This change is in the best interest of the company and allows us to continue to provide support to our members and dedicated employees,” Avid Life’s statement reads. “We are steadfast in our commitment to our customer base.”

Biderman, who touted himself as “the king of infidelity,” made millions off the philosophy that cheating is a natural part of married life. The site charges a fee each time a member sends a potential lover a message.

Biderman has written books espousing his views on adultery, including one published in 2011 titled: “Cheaters Prosper – How Infidelity Will Save The Modern Marriage.” At the same time, the married father of two has claimed to be a devoted husband and that his wife of 12 years would be heartbroken if he ever broke his vows to her.

Avid Life’s statement released Friday went on to say that it’s “actively adjusting” to the fallout from the hacking and continues to provide access to its services. The company, which has offered a $500,000 Canadian (U.S. $378,204) reward for information leading to the arrest of the hackers, adds that it continues to cooperate with international law enforcement in their investigations.

Hackers originally breached Avid Life’s systems in July, accusing it of filling the site with fake profiles and charging fees for wiping profiles that were never truly deleted. The hackers posted the information online a month later after the company didn’t comply with their demands to shut down.

The posting of the data – including names, emails, home addresses, financial data and message history – has so far resulted in a flurry of lawsuits throughout the U.S. There also have been reports of extortion attempts and two unconfirmed suicides, according to Canadian police.

The credit-card information of U.S. government workers – some with sensitive jobs in the White House, Congress and the Justice Department – also was revealed in the breach. And hundreds of email addresses in the data release appear to be connected to federal, provincial and municipal workers across Canada.

Ashley Madison, whose slogan is “Life is short. Have an affair,” purports to have nearly 40 million members.