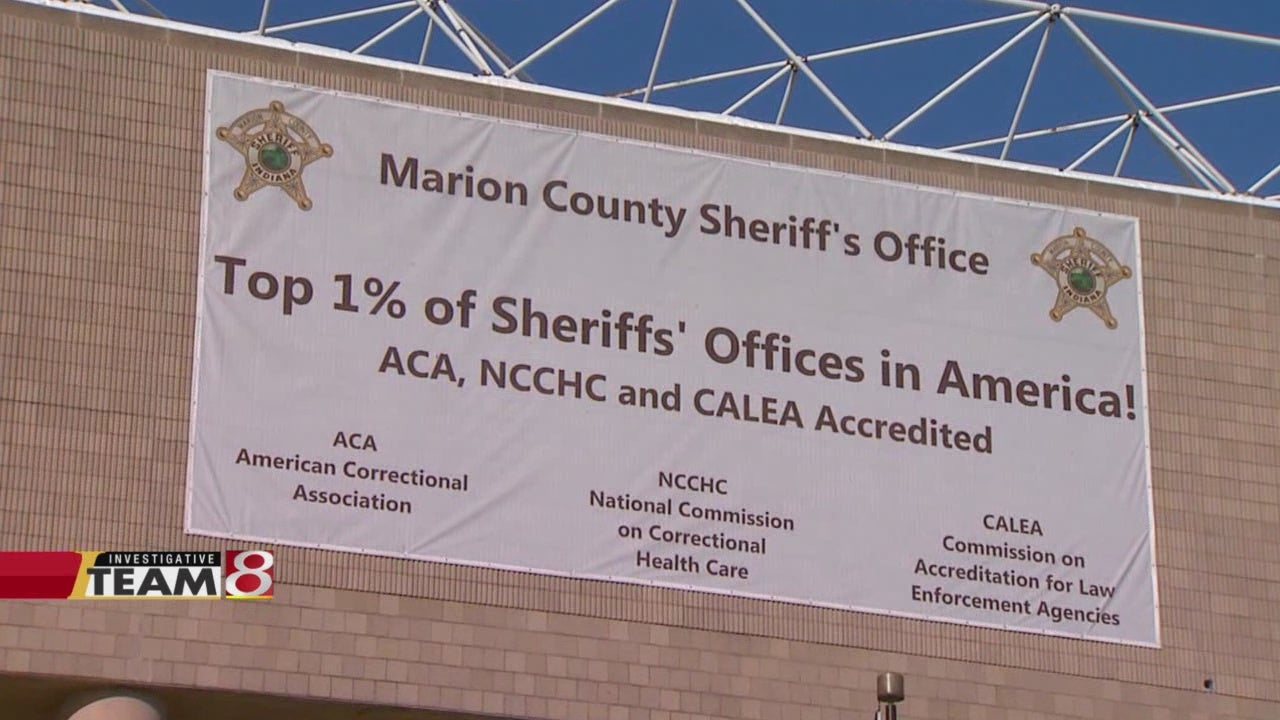 INDIANAPOLIS (WISH) – More names could soon be added to a federal lawsuit filed against Marion County Sheriff John Layton. The suit claims inmates were held inside the Marion County Jail long after they were ordered to be released.

Attorneys for the two sides appeared in federal court Tuesday for the first time since an amended complaint was filed earlier this month adding additional plaintiffs in the case.

The judge set a preliminary trial date in the case for August 2016.

The lengthy delay will provide additional time for additional former inmates to come forward, attorneys in the case said Tuesday. The newly filed lawsuit claims the delays are “widespread,” and include delayed transfers of inmates assigned from the jail to be given home detention through Community Corrections.

Young says he expects to add more of those plaintiffs to the case as soon as next week.

The current lawsuit includes former inmates like Terry Clayton. Court records show he was ordered to be released from jail on Dec. 10, 2014, after a jury found him not guilty on a robbery charge he had been arrested on two months before.

But, a lawsuit originally filed in December alleges that Clayton was instead taken back to jail where he sat for nearly two days while deputies were “processing his release,” according to court documents.

Court documents claim Driver was ordered to be released on his own recognizance following an arrest for driving under the influence in December 2014. Instead, he was returned to the jail where he remained for an additional 55 hours before being released, according to court documents.

And, he wasn’t alone.

“There were six to seven other inmates in the Marion County cell block where Mr. Driver was confined who had been approved for release who had been waiting one to five days and had still not been released,” the complaint alleges.

Swords claims a cousin paid his bond following his operating while intoxicated arrest on Dec. 12, 2014. But he says he wasn’t released from the jail for another three days. According to the suit, the Marion County Sheriff’s computers didn’t reflect that Sword had seen a judge or that his bond was paid.

Boyd says he was released from jail two days late after he served time pleading guilty to driving under the influence in November 2014. Despite vocal complaints to deputies at the jail, Boyd wasn’t released until his father asked a judge to intervene on his behalf, the lawsuit claims.

“This is absolutely a civil liberties issue,” said John Young, one of the attorneys representing the plaintiffs in the case. “The constitution gives you the right to freedom unless there is due process of law. And, our due process of law is a court ordering their release.”

Young claims that due process has gotten slower over the last year.

“We’ve heard that in the past that was somewhere between four and 12 hours (for an inmate’s release). We’re now having our representatives average somewhere in the neighborhood of 72 hours after they’ve been ordered released,” he said.

I-Team 8 was the first to uncover concerns over delayed releases at the jail back in August. Marion County Superior Judge Mark Stoner was the first to blow the whistle, telling I-Team 8 at the time that he discovered the problem among several of his cases earlier in the summer amid concerns that some inmates had been mistakenly released from the jail early.

“I think every court has had some issues, and I think they’ve been fairly well known,” Stoner told I-Team 8 in August. “”They’re both equally unsatisfactory results. You don’t want people released who aren’t supposed to be released, and you don’t want people held longer than the courts have ordered them.”

Since then, Stoner told I-Team 8 judges have been forced to intervene in several cases to help protect inmates’ constitutional rights.

“It’s always disconcerting, because you’re talking about people’s constitutional rights. You’re talking about the efficiency and professionalism of the system. Whenever you don’t get it right, someone suffers. And, no one wants to see that happen,” Stoner told I-Team 8.

The Sheriff’s Office has previously said an Indiana Supreme Court mandated switchover to a new computer system, known as Odyssey, was to blame for problems with mistaken releases over the summer.

“Even if that’s true, and even if the Supreme Court has mandated that they switch from their JUSTIS system to the Odyssey system, we believe an individual’s constitutional right to freedom and due process of law trumps any problems they’re having. That’s not an excuse,” Young responded.

He’ll now ask a federal judge to decide: how long of a delay is too long?

“Once you get past that four, eight, 12 hour time frame, these individuals are entitled to their freedom,” Young said. “Being held in the jail is just not reasonable.”