Australia to pay ‘whatever it takes’ to fight wildfires 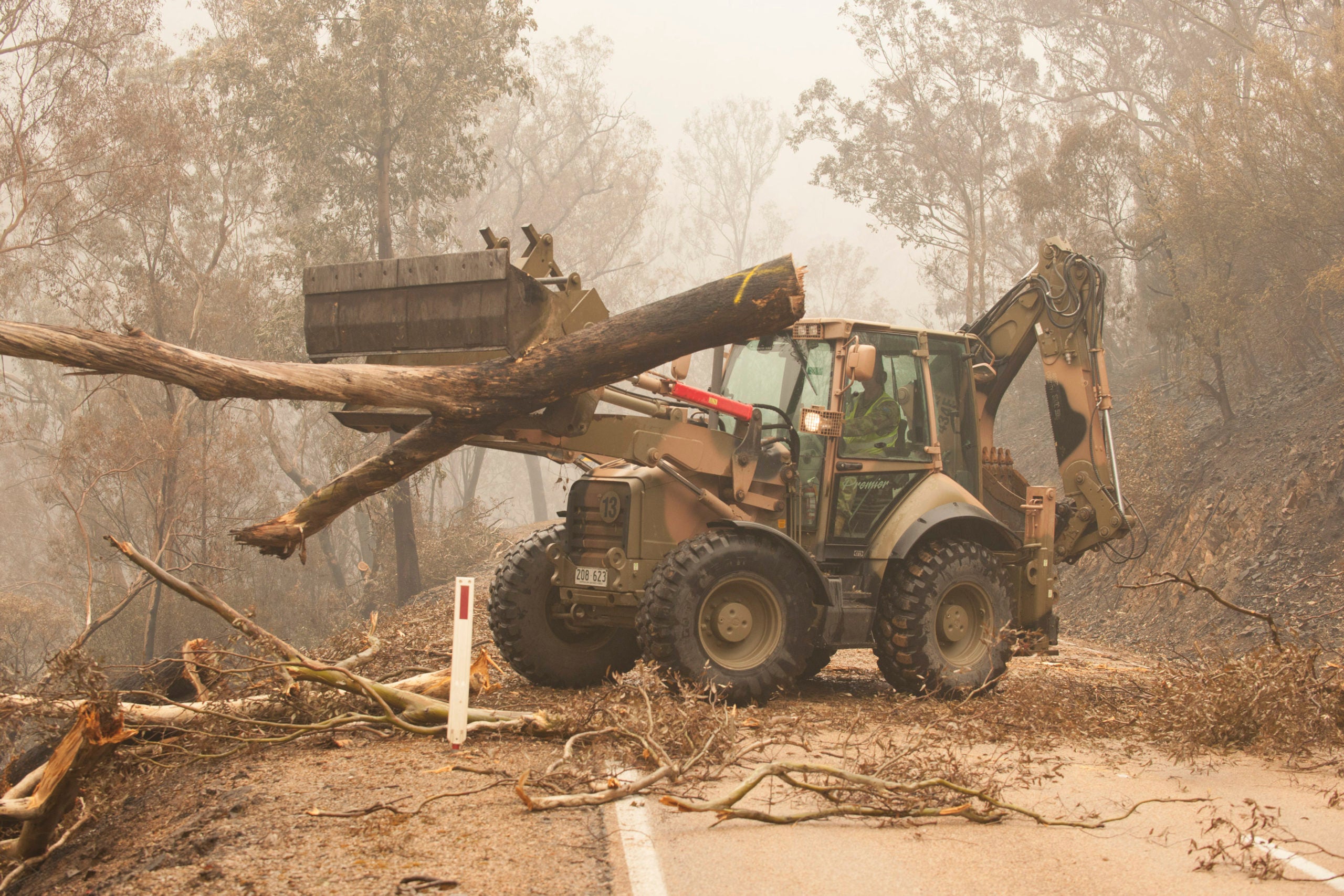 SYDNEY (AP) — Australia’s government said Monday it was willing to pay “whatever it takes” to help communities recover from deadly wildfires that have ravaged the country.

Prime Minister Scott Morrison said the government was committing an extra 2 billion Australian dollars ($1.4 billion) toward the recovery effort in addition to the tens of millions of dollars that have already been promised.

“The fires are still burning. And they’ll be burning for months to come,” Morrison said. “And so that’s why I outlined today that this is an initial, an additional, investment of $2 billion. If more is needed and the cost is higher, then more will be provided.”

Morrison’s announcement of the funds, which will go toward rebuilding towns and infrastructure destroyed by the fires, came as the death toll from the disaster rose with the discovery of a body in a remote part of New South Wales. The body is believed to be that of a 71-year-old man who was last seen on New Year’s Eve moving equipment on his property on the state’s south coast, police said in a statement. Police found the body on Monday between the property and a car, both of which had been destroyed by fire.

Nationwide, at least 25 people have been killed and 2,000 homes destroyed by the blazes, which have so far scorched an area twice the size of the U.S. state of Maryland.

Rain and cooler temperatures on Monday were bringing some relief to communities battling the fires. But the rain was also making it challenging for fire crews to complete strategic burns as they tried to prepare for higher temperatures that have been forecast for later in the week.

“With the more benign weather conditions, it presents some wonderful relief for everybody, the firefighters, the emergency services personnel, but also the communities affected by these fires,” Shane Fitzsimmons, commissioner of the New South Wales Rural Fire Service, told reporters. “But it also presents some real challenges when it comes to implementing tactical and strategic back-burns and other techniques to try and bring these fires under control.”

More than 135 fires were still burning across New South Wales, including almost 70 that were not contained. Officials have warned that the rain won’t put out the largest and most dangerous blazes before conditions deteriorate again.

Victoria state Emergency Services Minister Lisa Neville said at least 200 millimeters (8 inches) of rain would need to fall over a short period of time in order to snuff out the fires — around 20 times what has fallen across the region in the past day. And officials warned that Australia’s wildfire season — which generally lasts through March — was nowhere near its end.

“No one can be complacent. We’ve got big fire danger coming our way toward the end of this week,” Victoria state Premier Daniel Andrews told reporters in Melbourne. “We are by no means out of this. And the next few days, and indeed the next few months, are going to be challenging.”

Australia’s capital, Canberra, had the worst air quality of any major city in the world for much of Monday. The Department of Home Affairs, which is responsible for coordinating the country’s response to disasters, told all noncritical staff to stay home because of thick smoke choking the city.

The prime minister said the military was attempting to get food, fuel and water to burned-out communities, and engineers were working to reopen roads and resupply evacuation centers. On Kangaroo Island, a refuge off the coast of South Australia state for some of the country’s most endangered creatures, teams had arrived to help euthanize livestock and wild animals injured in the blazes. Hundreds of millions of animals are believed to have died already in the fires across the country.

Heavy smoke, meanwhile, was hampering the navy’s efforts to airlift people out of Mallacoota, a coastal town in Victoria cut off for days by fires that forced as many as 4,000 residents and tourists to shelter on beaches over the weekend. Around 300 people were still waiting to be evacuated on Monday.

The prime minister’s announcement of relief funds comes as he finds himself under siege for what many Australians have viewed as his lax response to the crisis. On Saturday, he announced he would dispatch 3,000 army, navy and air force reservists to help battle the fires and committed 20 million Australian dollars ($14 million) to lease firefighting aircraft from overseas.

But the moves did little to tamp down the criticism that Morrison had been slow to act, even as he has downplayed the need for his government to address climate change, which experts say helps supercharge the blazes.

Wildfires are common during the southern hemisphere summer, and Australians generally take a pragmatic view of them. But this year’s fires arrived unusually early, fed by drought and the country’s hottest and driest year on record.

Scientists say there’s no doubt man-made global warming has played a major role in feeding the fires, along with factors like very dry brush and trees and strong winds.

The environmental group Greenpeace said the relief funds announced by Morrison were “a drop in the ocean,” given the widespread devastation from the fires.

“Every single cent of that money should be contributed by the coal, gas and oil companies whose carbon pollution has caused the climate crisis that has created these extreme fire conditions, right across the country,” Greenpeace Australia Pacific Head of Campaigns Jamie Hanson said in a statement. “Slugging everyday taxpayers with the bill for this just adds insult to injury. These big polluters have become rich by trashing our climate and it’s time that they started coughing up for the repair bill.”