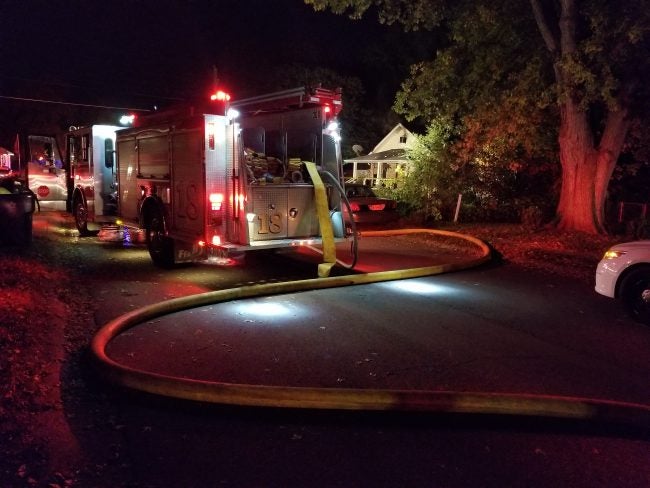 INDIANAPOLIS (WISH) – Authorities are investigating a shooting and a house fire on the city’s west side.

Officers were initially called to the 1500 block of Goodlet Avenue for a person shot at approximately 1:15 a.m Monday.

After arriving on scene, the female victim’s body, which had been shot multiple times, was discovered. She was later identified as 45-year-old Veronica Hayes.

The Wayne Township Fire Department was called to the scene and were able to successfully extinguish the flames.

Firefighters believe the fire was accidental, thinking drapes touching a lamp may be responsible. The fire is also thought to have started in another room from where the body was found.

Officers think that the shooting was not random, but are unsure if Hayes was the target or if it may have been intended for someone else inside the residence.

Several people who live in the house have been taken into for questioning.

Officials have confirmed that children were inside the home at the time of the incident.